December 11, 2011
Great racing at Cheltenham on Saturday and a couple of decent televised events at Doncaster too. It reminded me that I haven’t reported back on a cracking day out at Sandown last Friday for the first day of the Tingle Creek meeting. It was my seasonal debut. That’s a travesty. Because from the moment I strode into the grandstand betting hall I felt a little warm glow and a tingle of thrill in the pit of my stomach. I felt back home. Is that terribly sad to admit? 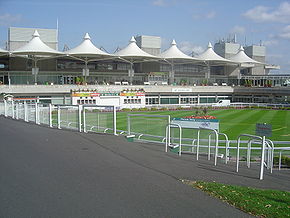 I was still feeling chipper by the time I struck my first bet on a debutant hurdler called Zamina in the first. I spotted the price I wanted offered by a demure looking lady in the second rank of bookies. “Hoho” I beamed, as I fished out some pound coins for a conservative bet in this trappy encounter. “It's only the first race and I'm using up my change already!” *Ting*. I flashed my winning Colgate smile. But greeted merely by derision. I should know better than to banter with a bookie. 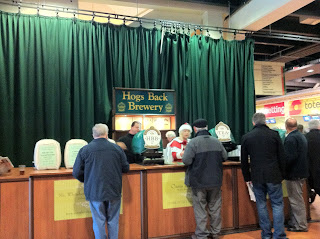 There, as ever, was the Hog’s Back concession. Just like for the last 10 years. I sampled a pint of the lively, hoppy TEA for starters. “Dave! Hey Dave! See I told you it was him!” A mate of old, Bob was in the queue behind me. Andy and Stevie G were with him too, plus a few other faces I recognised from The Toast Rack at 2 Marsham Street. So for half an hour or so, it was 1995 in the DOE again. 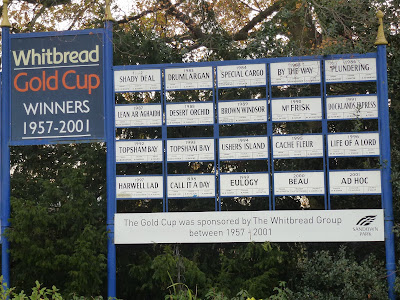 The beauty of Sandown is that you can take your superior real ale and have a proper wander around the nooks and crannies of the track. I was here for one of those Whitbread Gold Cups. Mr Frisk in 1990, beating Durham Edition. The same order as that year’s Grand National only three weeks earlier. 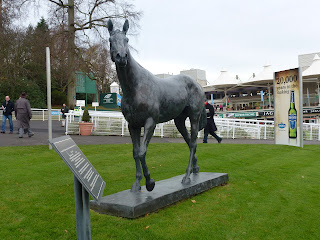 The winner’s enclosure is overlooked by a superb life-size bronze of Special Cargo, the Queen Mother’s chaser that won the 1984 running of the Whitbread Gold Cup as well as racking up five military gold cups at the track. Bit too much like a trip down memory lane. 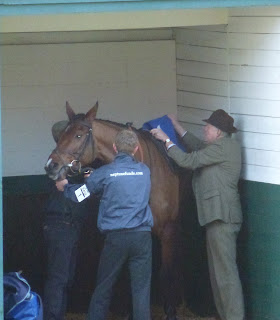 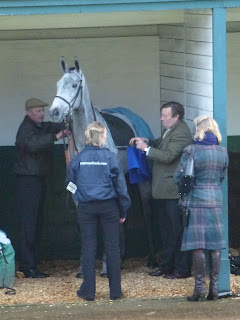 So it was time to get bang up to date and check out some potential for the future. Mooching about with my pint I was able to see Philip Hobbs and Nicky Henderson preparing their novice hurdlers Fingal Bay and Simonsig respectively. The horses finished in that order a few minutes later in arguably the day’s best race. Fingal Bay deeply impressed with the way he powered home. He’s good. 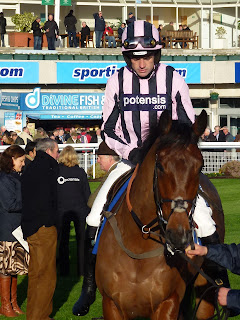 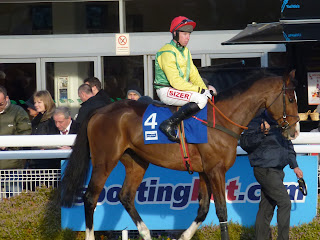 I had a small bet on outsider Sizing Symphony who looked fantastic in the parade ring and was far too big a price at 16-1. But the ground had gone against him and making the running off a shocking dawdle didn’t help either.  Ruby Walsh and Jump  City looked sharp in the paddock but was soon off the bridle and beaten in this decent race. 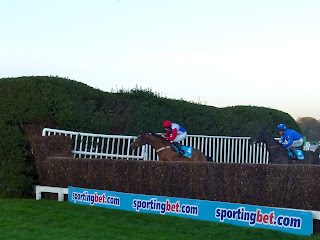 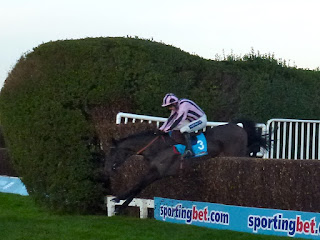 Next up in the Intermediate Chase, Golan Way led his pursuers a merry dance, jumping them giddy to win going away. This was a decent field too, featuring a Festival Grade 1 winner and decent prospect Royal Charm who needed to confirm some of last season’s early promise. He makes a nice enough shape here over the last in the home straight first time round. But he made a hash of one down the back straight and eventually crashed out at the railway fences. A bloke next to me was later asked how his bet on Royal Charm had fared. “It was doing all right and then it fell over”, was his succinct and accurate summary.

Later still I was at the Corals shop watching one of my list horses lose at Exeter. I was stood next to Channel 4 pundit Tanya Stephenson as she was scoffing a cheese baguette, looking shifty like she didn't want to be recognised. I was only standing that close in case she left some of her baguette. Walkon made a sparkling chase debut, and my lad was relegated to third. I moved on to the live action outside potless and hungry. 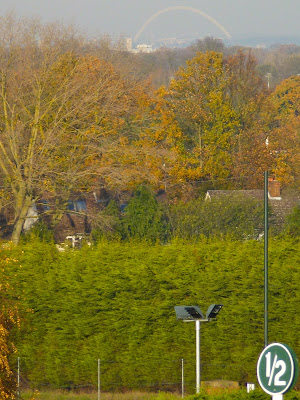 In all I backed eight losers on the day including two at Exeter. Pretty impressive, even by my standards. Luckily it was a beautiful day and I admired the view from all angles. Did you know you can see the Wembley arch from here?