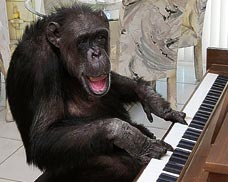 My daughters’ kids paper First News plopped onto the mat this week and proclaimed in banner headlines, “2011. The Year When A Lot Happened”. What this rather unspecific statement lacks in journalistic sharpness, it adequately compensates for in catch-all accuracy. A lot did happen: The Arab Spring and North African civil wars; assassinations of Bin Laden and Gaddafi; deaths of Steve Jobs, Kim Jong-Il and Cheetah; a Japanese earthquake; enduring economic misery; newspaper phone hacking; a royal wedding; domestic riots; and the speed of light got faster.

Horseracing usually beats to its own drum and rarely troubles the consciousness of the wider world. Outside the red-letter days of the Grand National and Royal Ascot, the sport rumbles along in a parallel universe. But this year, I observed about half a dozen stories that spilled over into the mainstream, to one degree or another. Inevitably, some were negative, others bitter-sweet, and best of all a couple of shiny positive nuggets to warm the cockles. 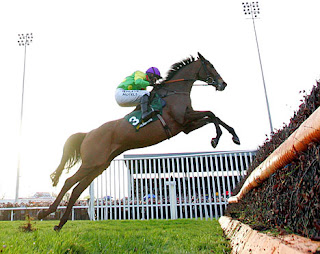 Kauto Star has to top the bill. His upwardly mobile profile this year is more akin to the breakthrough of a six-year-old novice, not a battle-hardened chaser who turns 12 on Sunday. Despite the age burden, this wonderful son of little-known sire Village Star, ends the year with an enhanced reputation amongst a swirl of glittering accolades that an average Oscars’ night would die for. After mustering third in a memorable Gold Cup back in March and then pulling up in the equivalent in Ireland, many expected to be penning his racing obituary this season. I was amongst them. I respectfully wrote him off at Cheltenham, hailing the new Long Run guard. I shook my head and called for well-deserved retirement after Punchestown. Kept in training, and the subject of incredibly upbeat reports from Team Ditcheat, he reappeared in the Betfair Chase at Haydock in November. Once again I argued (alongside many others) that it was a race too far. I didn’t want to see an ignominious end to a great career.

That was the start of the renaissance. After his thrilling victory – and I mean thrilling: jumping as an art form, front-running as breathtaking spectacle – connections revealed that they had considered retirement and that this race had been his Gold Cup. Nicholls had no option, swept on a tide of emotion, to take the King George route on Boxing Day. Like a killjoy naysayer, high on pooping parties, I again felt he couldn’t win. He needed longer between his races…..Long Run and other pretenders would be fitter….. I was wrong. The betting public was right. My mate Colin, a true believer, was right. Again Kauto put them to the sword. Long Run got much closer this time. But the result was the same. The outpouring of emotion was the same.

He’s proved he is the best over different distances, tracks and underfoot conditions. And, time after time, he proves people wrong. This horse is a sensation. The best I’ve seen in my life.

The other headline-grabbing horse was Frankel. A superstar of a different ilk, he proved simply unbeatable over a mile this Summer when he racked up four Group 1s and a Group 3. His trainer, Henry Cecil was knighted in the Queen’s birthday honours. He is fast becoming a national institution. 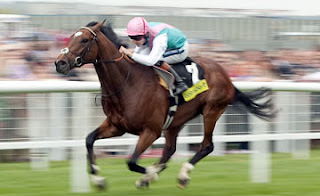 The manner of Frankel’s destruction of the 2,000 guineas field in May caused a collective sharp intake of breath. At Goodwood, the boys and I were lucky enough to see him take Canford Cliffs apart in the Sussex Stakes. The latter was then found to be injured and was retired. But that took nothing away from the manner of the victory. It was a privilege to see him. The good ladies of Berkhamsted are not so charitable with their memories about that day, however. I was entrusted with the task of maximising the balance of their pub kitty on a couple of sure-fire Glorious Goodwood winners. I failed. The ladies have been much more careful since. They stay in the pub long enough to drink up the kitty now….

Kauto and Frankel aside, there has been no shortage of touching drama this year. Carruthers winning the Hennessy Gold Cup was a great story for the industry. Carruthers is owned by Lord Oaksey who himself won the Hennessy as amateur Mr John Lawrence, on Taxidermist in 1958. Oaksey is a respected race writer, journalist and thinker. He set up the Injured Jockeys Fund with Brough Scott in 1964. The two of them dominated my formative Saturdays commentating on the long defunct ITV Seven. Carruthers is very much a family story. He is ridden out every day by Oaksey’s daughter and trained by his son in law, Mark Bradstock. Though John Oaksey is now unwell, he was apparently very well aware of Carruthers’ win.

And staying on the sentimental front, we wished Denman a long and safe retirement in November. The achievements of stable-mate Kauto Star since then have thrown into sharp focus their earlier epic duels. Also, handlers of the ultra-tough Lough Derg finally called it a day after his 55th hurdles outing. In a nice touch, Ascot named December’s Long Distance Hurdle named after him, a race he won in 2007. His regular jockey Tom Scudamore may have mixed emotions about the retirement. Lough Derg’s wins frequently came at the price of near exhaustion for his jockey who could be seen rowing away on the gelding from shortly after the tapes had gone up. But the horse never knew when he was beaten. And I enjoyed seeing sprinter The Tatling win his final race at 14 years of age, the veteran of 176 races under rules which yielded over 600 grand in prize money. Only 18 of them were wins.

Of those negative stories to have breached the mainstream media, one has rumbled on throughout the year and concerns alleged cruelty within the sport. This peaked with the Grand National coverage of the tragic deaths of Dooneys Gate and Ornais in the full glare of the public spotlight. Ballabriggs, the brave winner of this race had to be dismounted after the finish line and his jockey received a lengthy ban for whip abuse. The debate about racing’s track record of duty of care was not well handled. This is where racing’s separateness from the wider world can cause mistrust and suspicion. On one hand the ‘ignorant and uninformed general public’ were berated for jumping to conclusions about how racehorses are treated. On the other hand, ‘aloof and unsympathetic toffs’ were vilified for closing ranks.

The Grand National will have altered, safer fences next year. However, other issues were not so easily resolved. The hastily convened whip review and swiftly implemented reforms did not lift the game out of the hole it had dug itself. Initially welcomed by all as valuable clarification, jockeys were soon protesting, handing in their licenses and threatening strikes. The word ‘draconian’ had not been bandied about as much since Slade guitarist Dave Hill’s fringe was last spotted. Successive revisions eventually took some heat out of the debate, but as the year draws to a close it still remains an open wound. Amongst the vitriol and opprobrium, I did spot an amusing tweet which suggested that Paul Carberry would be unlikely to ever pick up a whip ban on the basis that the tweeter had “…never seen him smack a horse seven times in a whole meeting, let alone one race”. Backers of Harchibald in the 2005 Champion Hurdle will chuckle, no doubt.

Another sour subject to break into the mainstream was the perennial Achilles heel of race fixing. In the year that three Pakistani international cricketers received prison sentences for spot-fixing bribes, British racing undertook the largest investigation of its type into suspicious betting patterns on a series of races in the Summer of 2009. Four jockeys, including girlfriend of Keiron Fallon, Kirsty Milczarek, received bans ranging from 6 months to 12 years. Trainers Maurice ‘Fred’ Sines and James Crickmore, the central characters in the scam, received 14-year bans. Five others – Nick Gold, Peter Gold, Shaun Harris, David Kendrick and Liam Vasey – were also found guilty of ‘corrupt or fraudulent practice’. What’s interesting is the nature of the reporting by the tabloids which focused on Milczarek’s relationship with Fallon and her ‘racy’ publicity photos, rather than the complexity of the case or the scale of the investigation.

The terrible electrocutions of two horses at Newbury’s subsequently abandoned Totesport Trophy fixture also created some unwanted headline publicity. Though in this case, the blame is attached to a freak occurrence linked to a previously inert electricity cable under the parade ring and not to human intervention, malicious or otherwise. If anything is to be taken from the grisly scenes that followed, it is that all those involved reacted with dignity and sense. Newbury’s officials, together with reporters, commentators, owners, trainers and jockeys took the right decisions about animal and human welfare, did a pretty good job of keeping people informed, and got the site cleared and checked. The fixture was restaged a few days later. On this occasion, a drama was not made out of a crisis. 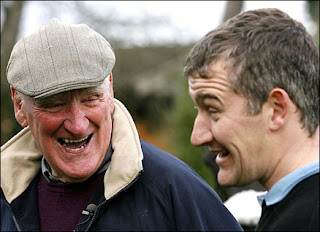 One last widely reported and sad story to touch upon is the death of Ginger McCain. Ginger is a legend of the game, having won the Grand National four times with two different horses, including three-time winner Red Rum. He subsequently become the sort of character that everyone says we don’t get anymore. That healthy dose of character in-your-face was a handful for many TV presenters with his course language, unpredictable behaviour and controversial statements. He once said on air “If Carrie Ford (female jockey) wins the National I'll bare my backside to the wind, and let everyone kick it!”

But it was still great to see his achievements given proper recognition. Fitting too, that he should be present at Aintree in April, only a few months before his demise, to see son Donald McCain Jr train Ballabriggs to win the National. A family affair.

Well-respected Arc and multiple Group 1 winning trainer Michael Jarvis and long time jumps trainer Roger Fisher both died this year too. I was lucky enough to stay in the latter’s cottage a couple of years ago when we holidayed near Ulverston in Cumbria. The family made us feel incredibly welcome. We saw their horse Mystified win at Cartmel during our stay.

My local trainer, Walter Swinburn quit the training ranks as well. Though in this case it is for a break, with the prospect of a future return. This has been on the cards for some time. There had been much local talk of disaffection and disharmony at Church Farm stables. This culminated in landlord Peter Harris dispering his racing stock last year and now divesting himself of his remaining assets. So here we have a fully functioning state-of-the-art training establishment with no trainer and a bunch of talented and dedicated staff with no jobs. The finances of horse racing still do not stack up for many.

But I don’t intend to end on a negative note. This has been a belter of a year with some wonderful moments. First News is right, A lot did happen. The game faces its share of financial, public perception and governance challenges, certainly. The sustainability of the sport is not guaranteed. But at its core, there is enough talent, excitement, passion, inspiration and widespread support to convince me that there’s life in the old dog for a few more years yet.