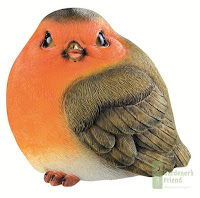 Some of the most unexpected tingles of pleasure at this festive time are provided by those touching family round-up missives that occasionally drop out of Christmas cards. You know the ones: photocopied bits of A4 offering saccharine sweet glimpses into the cosy world of friends we don’t see (for some reason) very often. I love those scanned photos of grinning children on ski slopes; chuckle along with middle class ho-ho-ho-ing about busy lives; and gently scold myself at reminders to those who’ve forgotten that the family has moved (but not to worry because mail is still being forwarded from the old address). Sometimes, there’s barely a hint of self-satisfied smugness dripping from the pages, which might otherwise dampen my (clearly anticipated) eagerness to devour the updates. I was worried that facebooking might have dealt the traditional round robin fatal blow. Obviously not.
So I now see that this blog provides a perfect platform to spread some Atkinson love at a time when our thoughts turn to friends and family.
There’s so much to say too.  Time has simply flown. I honestly cannot believe I’m sitting here penning a few lines about our wonderful year when it literally seems like only yesterday that we were literally gathered round our little Christmas tree, adorned in chunky festive knitwear, literally singing carols and eating mince pies.
Trinny, our ginger Siamese was there with us too. We miss her loads. That perhaps wasn’t the best start to the New Year. At least those horrible people at Saigon Garden were finally prosecuted.
My first New Year greeting was a lovely text message from Stan James (as usual), “Happy New Year, Dave. We are best odds about Can’t Buy Time in today’s Victor Chandler Chase from Cheltenham”. Sweet.
The year has seen the children really progress academically. The Pupil Referral Unit has brought out the best of them and they stand a good chance of rejoining mainstream education next year. Daughter no. 1’s pyromania is down to the odd spark now and Daughter no 2’s shoplifting is so sporadic as to go virtually unnoticed.  We are pleased to see that they both have such a healthy extra curricular appetite. Sometimes we wave to them and their friends in the bus shelter as we get the taxi over to the pub.
We’ve done loads to the house. My Racing Post room is coming along nicely, now that I’ve got my 62” wall mounted plasma screen, superfast broadband connection and bank of macbook laptops and smart phones. The children don’t seem to mind sharing a bedroom again. I’ve had a couple of the betting accounts closed down and have had to e-bay Mrs A’s Irish silver heirlooms. But I’m sure it’s a temporary glitch: another big winner is just around the corner, I can feel it in my water.
We always say that doing those lovely little things across the generations is what makes a wholesome family: simple picnics, walks by the river and group visits to the tattoo parlour. We’ve been able to do much more of this since Granny’s probation order came through.
Mrs A’s burgeoning music business empire keeps us all busy, what with the constant stream of demanding rockstars needing a piece of her. Manfred Mann’s rythmn guitarist called from a phone box only the other day, cross that the Greatest Hits CD in the bargain basement basket at Lidl. Her high-octane criss-crossing of the country and pressurised contract wheeler-dealing only occasionally cracks the air of calm reassurance. But it’s usually OK: we’ve found a great recreational drug supplier dealing from a barge on the Grand Union Canal. Mind you, the shocking shortage of parking in our pretty, but narrow and hilly, Victorian street means the tanker supplying red wine direct from Bulgaria only rarely finds a berth right outside the front door. Only a minor inconvenience, though.
So, all in all, a great year!
A very Merry Christmas and Happy New Year to all our readers.
Posted by Davoski at Friday, December 24, 2010 No comments:
Email ThisBlogThis!Share to TwitterShare to FacebookShare to Pinterest
Labels: Celebrate

White out. Blizzard Berkhamsted. I swear we get more snow here than can be justified for a soft, southern, home counties location. Bulbourne Valley seems to act like a beacon for the white stuff: fat, snow-laden clouds homing in on my house with unerring accuracy. Is it just me that takes the weather personally? 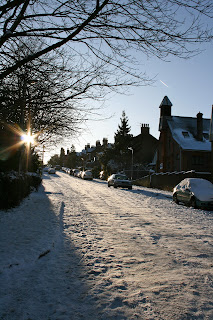 Last year about this time I was chiselling packed snow off the pavement and road out the front. The subzero temperatures had spot welded solid sheets of ice onto the freezing ground in a near permanent seal. I distinctly remember hacking away laboriously with a shovel, trying to clear enough space for the kitchen fitter to arrive. We had a half finished new kitchen in the week before Christmas and the weather was threatening to keep it that way until after the big day. Not a pleasant prospect.
This year the snows have arrived bang on cue. Another white Christmas in prospect. It’s beautiful out there.
So not much horse racing reportage with which to crackle the airwaves. Apart from two cracking days at Cheltenham last weekend a belter from Fairyhouse on Wednesday, the turf season has run into a snowdrift.  Hope it’s back on track for Boxing Day. 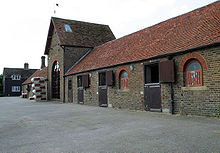 The closest I’ve got to any racing recently was a good old chinwag with Walter Swinburn’s all-weather gallops maestro at my mate Gordon’s 50th birthday bash last weekend. Dave has worked with Swinburn and his Father-in-Law, Peter Harris for nigh on 30 years at the stables in Aldbury. He was full of great stories about Walter courting Arab Princes and financiers for investment in the stable. He wants to move away from Peter’s syndication philosophy and the small-time owners. Dave told me that Walter is an ambitious perfectionist. His mantra is ‘We don’t want to be known as just an all-weather stable, do we guys?’. Dave shrugged his shoulders. “Tell the truth,” he said, “most small-time owners just want to see their horses run. I bet you’d be happy to turn up to Wolverhampton every day if you thought your horse would be turning out, wouldn’t you mate?” I grinned and glugged some more ale. If I was in horse ownership, I can’t think of anything worse than cheering on the sand donkeys somewhere near Sandwell.
Church Farm has had a good season. Stable star Stotsfold brought some precious Group class success and they had over 50 winners. Though sadly, Stotsfold has since died. Dave, a big bloke with an open face and more than his fair share of tombstone teeth, is very loyal to the Swinburn team. “He’s a genius. Just look at his record as a jockey”. Despite the changes, he  clearly loves his job and the horses. It’s a nice insight to the local yard. I’ve been promised a tour round. 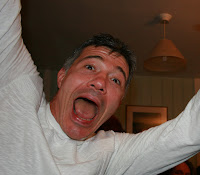 Gordon’s party was a cracker. Two local real ales on draft, authentic paella served up in a massive cast iron dish that wouldn’t look out of place at Jodrell Bank and good company drawn from every stage of Gordon’s 50 packed years. It was a night for hearty blathering and rib-tickling banter. However. The disco was a bit of a let down. Despite my pleading, I was allowed nowhere near the set list. As a result there was precious little Motorhead, no Metallica and a shocking absence of Obituary all night. It didn’t stop a rash of exuberant Dad Dancing around the midnight hour though. A vote of confidence for any party.
I’ve been to that venue before. The Hockley Club at Cow Roast recently hosted a comedy night in which a gang of eight of us indulged. For rural comedy, I have to say the standard was very good. The compere, Mary Bourke was excellent. A softly spoken, dry as dust, Irish comedian with a killer put down. She’s on the way up. 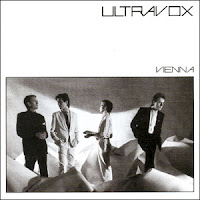 That particular night ended in carnage afterwards at Becky and Gordon’s. A duet with Becky for the full 8 mins and 28 seconds of Paradise by the Dashboard Light; throwing some collective bad lead guitar shapes to Creedence Clearwater Revival’s version of Heard it Through the Grapevine; and a throaty massed voice chorus of Ultravox’s Vienna were probably the lowlights of an unsolicited outbreak of singalongasadness.
This ice is making us housebound. Could be time to reach for Abba’s Greatest Hits.
PS. Good luck AP McCoy in tonight’s SPotY review. I’d love him to win, if for no other reason than as a lifetime achievement recognition. But that might bring Phil ‘The Power’ Taylor into the reckoning as well!
Posted by Davoski at Sunday, December 19, 2010 No comments:
Email ThisBlogThis!Share to TwitterShare to FacebookShare to Pinterest
Labels: Celebrate
Newer Posts Older Posts Home
Subscribe to: Posts (Atom)