December 20, 2011
It felt a bit like Christmas came early last weekend. Ascot’s Long Walk Hurdle meeting always seems to mark the start of festivities – the lads had our Christmas drink-up at the Friday of this meeting a few years ago. It was nice to see the race back at its traditional home though. The weather had put paid this fixture the last twice when The Long Walk was saved and moved to Newbury.

Pundits had Big Buck’s’ form under the microscope, searching for chinks in the armour. Could swinging away right-handed for the first time unnerve the juggernaut? Maybe a sharp pace could fatally expose his regular mid-race flatspot? Had Team Pipe found another Grands Crus to shake up the champ in the shape of Dynaste? These were merely half-hearted, if respectable, attempts to generate a betting proposition. Nobody really expected this machine (© Mr R. Walsh, circa 2001 and ever since about any horse he’s ever won on) to be beaten. And even when Ruby momentarily got after Big Buck’s to pick up off that anticipated lively gallop, we knew the scripted ending. Entering the home straight, bells were ringing. Literally. It was the side gate.

A seriously harassed bloke from Yodel was poking a package through the bars of the gate whilst stood on the front steps. I confused him by opening the gate, so that he ended up at full stretch clinging on to the little black bag as it swung away from him with his feet rooted behind the wall. One extra tug on the gate and he would have been a gonner. That would have been cruel. I helped him down, performed that strange electronic signature trick and then took my parcel inside. I’d been waiting for this. It was a purple waistcoat to complete my party ensemble for Lizzie’s 40th birthday bash later that night. So whilst I missed the Long Walk Hurdle denouement, I was able to cheer on Our Island 15 minutes later in the Tommy Whittle whilst practising holding in my gut underneath the little purple number. Our Island failed to reel in Cannington Brook after being off the bridle for a lap and half. But I succeeded in fooling Daughter No 1 into thinking the waistcoat fitted me.

So, a bit later, Mrs A and I were scrubbed up and attired for the party. Lizzie  and Rich used to live next door to us. But they managed to get away. Now they are round the corner, temporarily, in a house that will be redeveloped (once they’ve moved on to a house they’ve just bought up the hill) into about half a dozen tall, thin and bijou dwellings, each with 10 or so tiny rooms crammed in, many of which will overlook my garden. OK, slight exaggeration. But safe to say I am not a supporter of these redevelopment plans. And the potential overlookers will simply have to get used to my topless sunbathing. Peeping toms.

The party was a belter. “Dresses for the girls and jackets for the boys”, it said on the invitation. At least we got it the right way round. I liked seeing everyone dressed up and making the effort. A pleasant change. Except for the plonker in the Duffers hoodie. I was surprised he got it. Lax door policy in my view. Champagne cocktails and canapés were followed by retro grooves and sporadic outbreaks of Dad dancing. Rich had hauled his top-spec Technics DJ turntables out of the attic and indulged in some practised scratching, mixing, segue-ing. He played some records too. (Thangyoo. I’m here all week…) Every charity shop in Berko High Street had been emptied of its bargain-bin vinyl hoard. Rich and Lizzie are just that bit younger than us though, so their idea of retro begins with acid house and ends with beatboxing. But there was more than enough 70’s soul, 80’s groove and 90’s pop to keep everyone jiggy. In fact, by the end of the evening, it was a task in itself just to find space to shake assorted booty, such was the dangerous geography of discarded high heeled shoes, handbags and accessories. All this glamming it up clearly has a price. Top stuff, cheers guys for a great night.

It was late when we rolled home and my feet ached so much. But the pace was relentless. We were up the next morning in time to catch the train into town. Only just time to check the runners, going and early prices on the Racing Post’s absolutely brilliant iphone app. I am seriously addicted to it. A bloody marvel.

The plan was for us and the girls to whisk Granny away for her surprise Christmas present. It was the usual did-you-bring-your-wetsuit-I-need-to-check-that-the-frost-doesn’t-effect-the-parachute-jump-you-did-say-you-liked-snakes-didn’t-you lame and predictable wind up material on the way in. Never fails to amuse me. But it was an absolute joy to see Chris’s face light up when we strolled into the Royal Albert Hall for A White Christmas concert. Who could fail to be impressed with this magnificent arena. I think she was only marginally disappointed that the surprise wasn’t really crocodile-wrestling. The girls had never been here before and were suitably stirred by the place, particularly all dressed up for Christmas like that. It’ can be an odd venue, acoustically speaking. I’ve been here and been stunned by the likes of 10 000 Maniacs and later on Eric Clapton, in the middle of one of his never-ending residencies. And yet stuck up on the top balcony trying to pick out some tunefulness in a fuzzy and muffled Black Crowes set was just thankless. 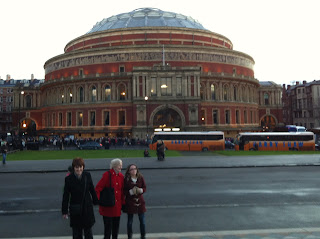 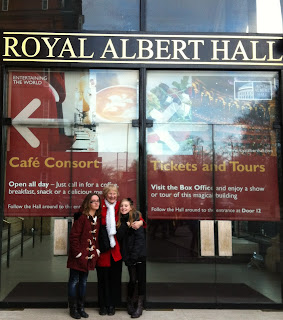 The London Concert Orchestra backed up by the Capital Singers cranked out some festive favourites. And whilst this kind of gig isn’t my most natural territory, there was a particularly haunting Silent Night and a tremulous A Winter’s Tale to savour. During the latter the girls looked at each other and giggled “Why would it be open?” at the couplet “The night’s are colder now. Maybe I should close the door”! Good question. Basic home heating fail there, Mr Essex.

There were guest appearances from some West End crooners for the likes of Blue Christmas, Baby, It’s Cold Outside, Mary's Boy Child and the like. The girls got interested at the appearance of Olivia Jade Archbold who is off Britain’s Got the American X Factor Talent, apparently. 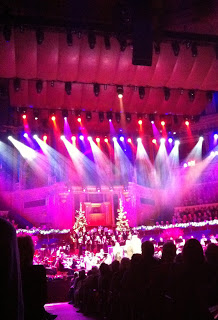 I did just get time during a Have Yourself a Merry Little Christmas lull to check the results on my lovely RP app from Navan. Prima Vista had drifted markedly in the betting for his match up with Zaidpour in the feature hurdle. And not without reason. Checking the result a couple of moments later, he’d trailed in a disappointing fourth of four. Noel Meade had said that he would need the run. Code for ‘don’t back him he ain’t fit’. I missed this nugget. More wedge down the drain. 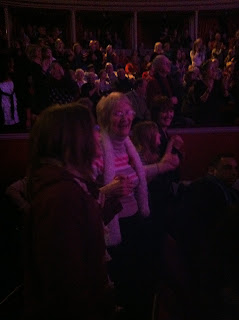 Still, there was more dancing to cheer me up. Turtle Dove impressions to 12 Days of Christmas, and some freeform shuffling to Merry Xmas Everyone. If Lemmy could have seen me then he’d have asked for his t-shirt back. 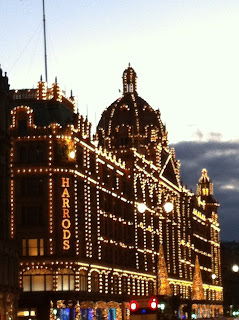 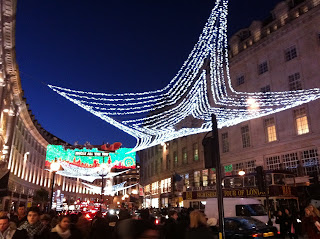 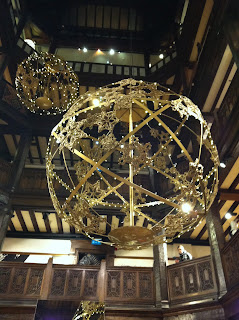 Home then, and a Christmas pressie frenzy to wrap up a great weekend. Granny is away to the sun on Thursday, spending Christmas in Tenerife with Sue. So that was sufficient excuse for an early gift-exchange with her. I definitely came out on top. I’m now the proud owner of a stripy new dressing gown and burgundy slippers. I suspect the ever-practical Mrs A had a hand in this. I’m hoping for pants, socks and talc to complete set next Sunday…