December 24, 2016
‘Tis the season… when once a year drinkers get jolly. And then get smashed on vodka-spiked punch at the office do. And then fall over on my train home. When respectable professionals pee on the tube and puke on the platform.

Not that I’m entirely innocent in this regard. I may not be a once a year drinker, but I do remember an unfortunate incident on the train after a launch party the week before one Christmas. Posh do at the RSA’s swish gaff just off The Strand. I thought the RSA was the financial company that sponsored the gruelling 3 mile novice chase at the Festival. Who knew there was another RSA? One of the pre-eminent drivers of creative enrichment in the country, apparently. (That’s Royal Society for the encouragement of Arts, Manufactures and Commerce, since you ask.)

After too much complimentary bubbly and not enough fiddly canapés, I felt a little queasy on the train home. The champers was clearly to blame. It’s not my regular tipple. I calmly picked up my rucksack, placed the laptop and various documents together in one compartment of the bag and carefully threw up in the other compartment. I zipped it up, wedged it back under the seat and closed my eyes until my stop. I did not once look at any of the other passengers sat opposite me.

Sometimes I’m on the receiving end. On one late night Christmas Special out of Euston, the train was predictably packed and about 6.5 on the lairy scale. I was stood between the seats. There was a drunk lad wedged in the doorway, legs curled up beneath him, burping uncontrollably. Classic signs of discomfort. Then, sure enough, although quite discreetly, he vomited on his trousers. The bloke stood nearest to him didn't spot it straight away. When he did he glanced round at me and others with a helpless expression and tried to edge away.

The train emptied out a bit at Watford Junction and I got a seat. I was horror struck to see sick-bloke stagger over and spill into the seat next to me. I passed a very tense few minutes with him losing his balance from his sitting position and grabbing my leg instead of the armrest. He was burping again and mumbling and twisting and looking at his watch in that way that meant he really, really wanted the journey to end. I know. I’ve been there too many times.

At Berko, with a giant effort, he hauled himself up and out. I lost him on the stairs, but then spotted him again on the edge of the car park tucked into the back door of the chippy. Bent double. Shoulders heaving. Not pretty.

Our Christmas parties have been reasonably vomit-free this year. Even the trip to the Tingle Creek meeting in early December, my first real seasonal bash, was a relatively civilised affair. Hipflasks were well to the fore, of course. Watching the races in the grip of winter whilst taking a few nips of radiating malt whisky is an indispensable part of the experience. I brought along the Lagavulin 16-year-old, received as 50th birthday gift. It is just about the best whisky I’ve tasted. Peaty but smoky too, with lingering warmth in the finish. Laphroig used to be my favourite, but this smooth, complex distillation has displaced it.  So 2016 hasn’t been all bad. 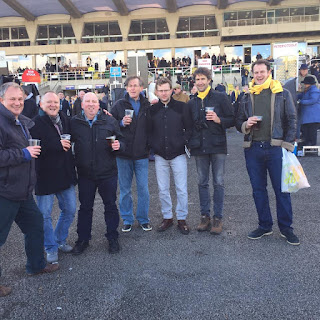 The flasks always get passed around the gang and there were some fine spirits to sample. Even Colin’s 40% proof apricot brandy found a satisfying niche. Though Bryn rather disparagingly suggested it could best be used to give his cappuccino a sweeter edge.

Mrs A’s work party needed a similar amount of stamina. It was hosted by Steve and Di in their splendid Jacobean former vicarage in a quiet corner of Suffolk, made all the more atmospheric by prevailing mist. 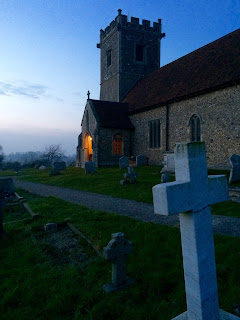 It is within striking distance of Fakenham racecourse too. I really must try to get over there on our next stay.

The guests began assembling from about 1 o’clock. Following a superb Christmas lunch and then a ham and turkey supper at 8ish, the hard core were still going at 3am. On this occasion, I was not part of that core. Mrs A’s crowd are music biz players. I qualify to attend because through Mrs A I’ve known Steve for decades. I think a couple of gig and CD reviews I wrote have snuck me over the line as well.

However, I knew it was time for bed when the brandy and whisky bottles were sloshing around the table and the music took on a challenging ‘60’s hue. The conversation was surely from a yet-to-be-commissioned nursing home sit-com. The material wrote itself:

“Ah, this is one of the absolute classics. ‘Ghost riders in the sky’”.

“No mistaking the quality.”

“You should hear Johnny Cash’s version.”

“This is Johnny Cash!”

“No this is Frankie Laine. Listen to the bass player”.

“Didn’t The Doors do a version of this?”

Get’s up. Shuffles to CD player. Bends down and lodges right ear against speaker.

“That’s Johnny Cash is that. Unmistakeable”

One of the guests had been in the business for years and used to know well the hard-as-nails northern Working Men’s Club circuit. He told a story about the flat-hatted entertainment secretary of a social club in the north west who had introduced a new act in the early 1960’s by saying,

“I don’t think you’ll like this lot very much. Four darkies from America.”

The band was the Four Tops! Hard to picture them on that tough circuit. And probably not the first time Levi and the soon-to-be Motown legends had encountered blatant racism. Different times I suppose, but outrageous all the same.

More gentle was a gathering of friends up the road where, in casual conversation, Mrs A and a new acquaintance discovered they had gone to the same school together over 45 years earlier and yet had never met. It emerged that they also had shared neighbours in common from Mrs A’s home village in Northants.

Whilst this uncanny connection was at first humorous, I soon began to doubt the sanity of Mrs A’s new friend. She showed us a series of photos of her dog taken to celebrate the 12 days of Christmas (although her set of 12 was scheduled to end on Christmas Eve, which seemed to be a flagrant conflation with Advent to me, but maybe I’m just splitting non-secular hairs). In each pic, the dog’s outfits became more extravagant. Day 8 saw the hound concealed in a wraparound elephant costume, with only its skinny legs peeping out to identify it as a dog. I despair to imagine the garb Ronnie will be squeezed into on the 24th. 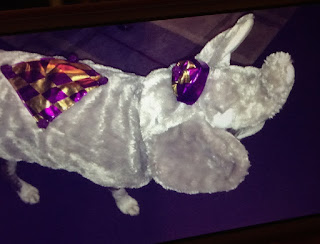 Of course, the real party happens at Kempton on Boxing Day. Thistlecrack v Cue Card in the King George has to take top billing. The field is small, Tizzard’s headliners having frightened off the Irish raiders, but the clash is fascinating. The small field will suit Thistlecrack, but Cue Card’s relentless galloping will put the former’s jumping under the severest of examinations. Massive respect to connections for running them both. This is what the fans want to see. Take note Mullins.

The Christmas Hurdle is a similarly small and fascinating field. Market leader Yanworth is very classy, but looks more like a stayer and a resurgent The New One will make life tough. Hard to fancy My Tent Or Yours, even on the likely more suitable better going. Ch’Tibello is a big improver but has a lot to find on the face of it.

In the third of the meeting’s head-to-heads, the picks of the Feltham (as was) look to be Frodon and Anibale Fly. I’m going for the latter, but this will be a good race.

Leopardstown joins the get-together too. Keeping up the one-on-one clashes, Boxing Day sees Min take on Identity Thief. Although visibility was poor, Identity Thief seemed to put in the more convincing fencing debut last month. Min remains the talking horse and maybe there’s a touch of value in the 9/4 about the De Bromhead chaser.

Then over the next few days, some or all of the big guns will come lurching into view, carrying their token bottles of prosecco and banging the door down: Douvan, Sire De Grugy, Altior, Djakadem, Valseur Lido, VV Mag and maybe even Faugheen.

Happy Christmas and thanks for following the blog this year.