August 25, 2014
Never was a holiday so indulgently welcomed. Tenerife, an island that has revealed its layered charms to Family Atkinson time after time, again restored spirits as well as sangria and suntan levels.

This was a hastily re-arranged trip. Granny’s deep resistance to the insidious cancer wracking her body was sadly overwhelmed at the end of July. The end to her tungsten struggle came with dignity and respect, and with grief and loss.

It also came the week before our planned holiday with Auntie Sue in the Canaries. In the circumstances, we considered simply binning aspirations for a holiday this Summer. Ultimately though, we felt returning with Sue after the funeral for a week of family-focused relaxation might just be the boost our collective serotonin levels would need.

The funeral was an epic of its kind. As befits a life full of love, friendship, selflessness and good humour, Granny’s final appearance at the Church she adored was played out before a packed house. Her religion was at the very core of her being and she had nominated the full Requiem Mass long ago, and even selected some of the hymns. She rightly got the send off she wanted.

We were grateful to the Priest who carefully indicated to the non-Catholics our precise location in the marathon service; and for which bits we should sit, stand, kneel, pray, sing and recite. Uncle Chris was particularly pleased and thanked him afterwards.

“Those prompts were handy. It’s all changed since my day.”

His newly interned Mother would already be spinning in her fresh grave, had she known of her son’s confession.

In fairness, the Priest played a blinder. He delivered the touching eulogy that Mrs A and the family had written with warmth, humour and the insight that his relationship with Granny brought. Though to announce his own support for Chelsea as well as Granny’s was rather unnecessary, in my view.  He also nearly burnt the baggy sleeves of his vestments on the candles that were crowded too closely around the coffin. Cousin Fiona, berthed in the outside stall, rescued him and averted fiery disaster on a number of occasions.

The candles and their ornate sticks remained a problem throughout the proceedings. Belligerent Auntie Betty paid them, and anyone else in her way, scant regard as she took her communion and bulldozed back to her seat, leaving a trail of hot wax and bruised toes in her tracks.

The potential for disaster was everywhere. As the service was getting underway amongst smoky incense and doomy organ, the Priest collared Mrs A and Auntie Sue, asking them if they would bring down the wine and the water at the appropriate moment from the back of the Church to the front for said Communion.

The vision of Mrs A inching her way down the aisle, visibly shaking with nervous mirth (despite the solemnity), clutching a jittery tray laden with silver cups and vessels of wine will stay with me for a very long time. As Sue said afterwards, it was all a little bit Mrs Overall. “One…soup? One...soup? Two soups?”

Fiona contributed in other ways too. It takes reserves of steely nerve to stand up and deliver a eulogy to your Grandmother at her funeral. That she did so with such controlled emotion and genuine feeling pays her a tremendous compliment. She hit so many evocative notes when recalling Nanny (as she, Robyn and Joe called her) and the limitless generosity with time for anyone and everyone, unfailing good humour – right to the end - and unplumbed wells of stories and songs. Not a dry eye in the house.

We followed the coffin back outside where the congregation were able to mingle for the first time properly. This is always my worst moment. More tears, group hugs and tender words with people who have often travelled miles, countries and continents to pay respects.

It was, though, nearly a double burial. Up at the cemetery, Auntie Sue had a bit of a moment with the holy water sprinkler. The immediate family all had a sober shake over the coffin to bless it. When Sue took her turn, she thought the aspergillum was coming apart and tried to grab it with her other hand. She was worried about it dropping into the grave. I was more worried about her following it in. She was perilously close to the edge…and Fiona wasn’t near enough to rescue anyone this time. But Sue recovered her poise in time, chucked in her rose and restored the air of decorum in the nick of time.
The Wake was held in The Plough, a pub where Granny had enjoyed many a vibrant Paddy’s night. Mourners spilled outside where tables were piled with drinks in every size and colour, plates of pastries and buffet food, and boxes of assorted tea towels. Granny had been a life long collector and had amassed over 500. She had indicated to Mrs A that this would be her finest legacy. Mrs A was not so impressed.

“Tell you what, I’ll give them away at your funeral”, she had laughed.

“OK then, I like that idea”, Granny had replied.

So that’s what happened. Everyone rummaged through the boxes and took away a tea towel to remember her by. It worked on so many levels. Some took souvenirs of places they had visited together, others claimed rhymes, humorous verses or religious proclamations. My Bruv took one that advertised double cream to mark the many stand-offs he and Granny had endured over the last scoop of trifle left in the bowl.

The gang began to break up. Liam and Eileen roared off down the road aiming to catch the 8pm sailing back to Dublin. Eileen hadn’t told her Mother she was coming over on the back of Liam’s bike. She’d only have worried. Bruv, Dad and I left the rest of the family to their remembrances as Uncle Chris was cranking out another rendition of ‘Fields of Athenry’…
She would have loved this kind of send off. Her 80th birthday bash was a scream. An earlier Mug Punting post recalls some of the carnage.

One of the drawbacks of living in social housing is the short turnaround time given to clear out the family abode. Granny’s home for 50 years or so had to be stripped back to bare boards and empty rooms in a month. Some of this happened before the funeral. Mrs A and Auntie Sue unearthed a collection of Mass Cards sent by family and friends to commemorate the passing of recently deceased loved-ones in prayer at the next service. They had a box full. Somewhere exists a website dealing in swaps and rare issues, I swear. The box was tipped onto the table and the sisters played out a wholly disrespectful hand of Mass Card Snap. Or some kind of twisted poker game. “I’ll raise your two Uncle Johnnies and three Uncle Pats with one Sean Milner and one Auntie Annie!”

Then there was a curious bed-runaround game invented by Mrs A and Sharon. It mostly involved a single-spare-under and a double drawer-divan leaving Granny’s house and coming to us. They replaced one of ours which we gave away to a furniture project and another which is currently dismembered in my office, pinning me against the desk. That bed will return back to Milton Keynes next week with Chris and Sharon who brought the other two down in the first place. I don’t claim to understand their deeply strategic movements. I only hope they can sleep at night.…

Auntie Betty flew home to Florida on the Sunday. At a resilient and irrepressible 85, she is the last of the Moffitts. She is so tough and yet wears her heart on her sleeve. She is hurting as much as anyone, and in some ways more.  Betty could not have done more for her sister.

We departed for Tenerife after the weekend. I’d never flown with Auntie Sue before. I’d seen her pack though and that was scary enough… We booked three hold bags between five of us. She filled two-and-a-half and stowed a crammed cabin case into the overhead locker as well. On one visit there, Sue’s picnic hamper doubled as our hand baggage and on another trip Granny brought out her sewing machine. The challenges of life as an ex-pat. I suppose we should be grateful this reformed Goth narrowly decided against bringing her collection of The Cure 12” singles. (This time.)
The break was what we all needed. Sue was a fantastic host. Restorative days passed in her apartment and on her terrace; and when the mood struck, on the beach, by the pool, and in the bars and restaurants.  The trip to Siam Park waterpark was our most active day: a stunning complex of rapid rides, tunnel chutes and extreme slides. Easily the best we’ve been to. Daughter No 1’s screams are still echoing around my skull. Though as usual, despite the surfeit of high octane extremes, it was the wave pool and the lazy river that rocked Daughter No 2’s world. Who needs thrills and spills? 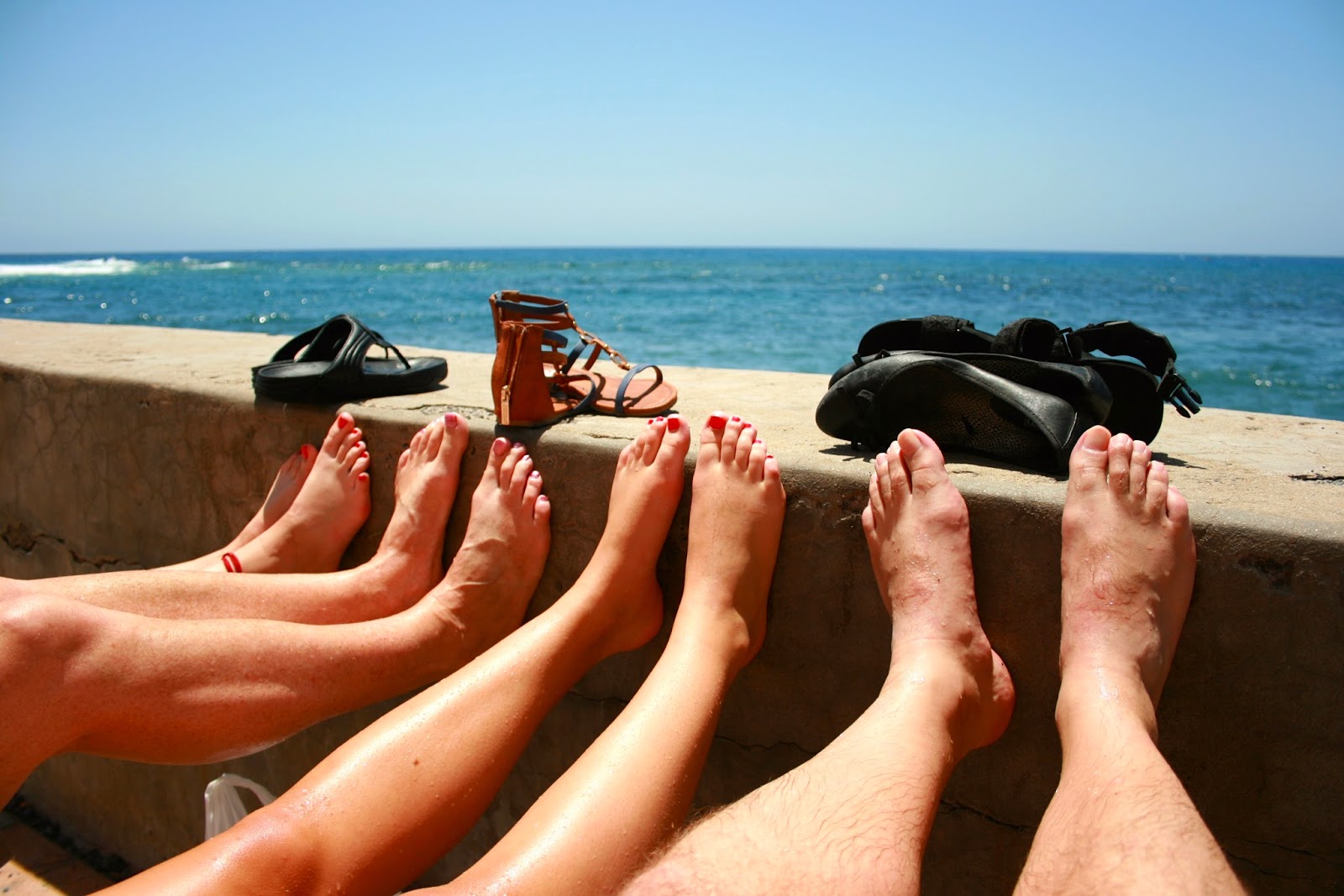 The day was rounded off by dinner in a rooftop food market overlooking the sunset in Los Cristianos. Spanish for The Christians, of course, it was the right sort of reflective moment. As Mrs A put it: sleep well, Christine. An inspirational woman. You deserve it. 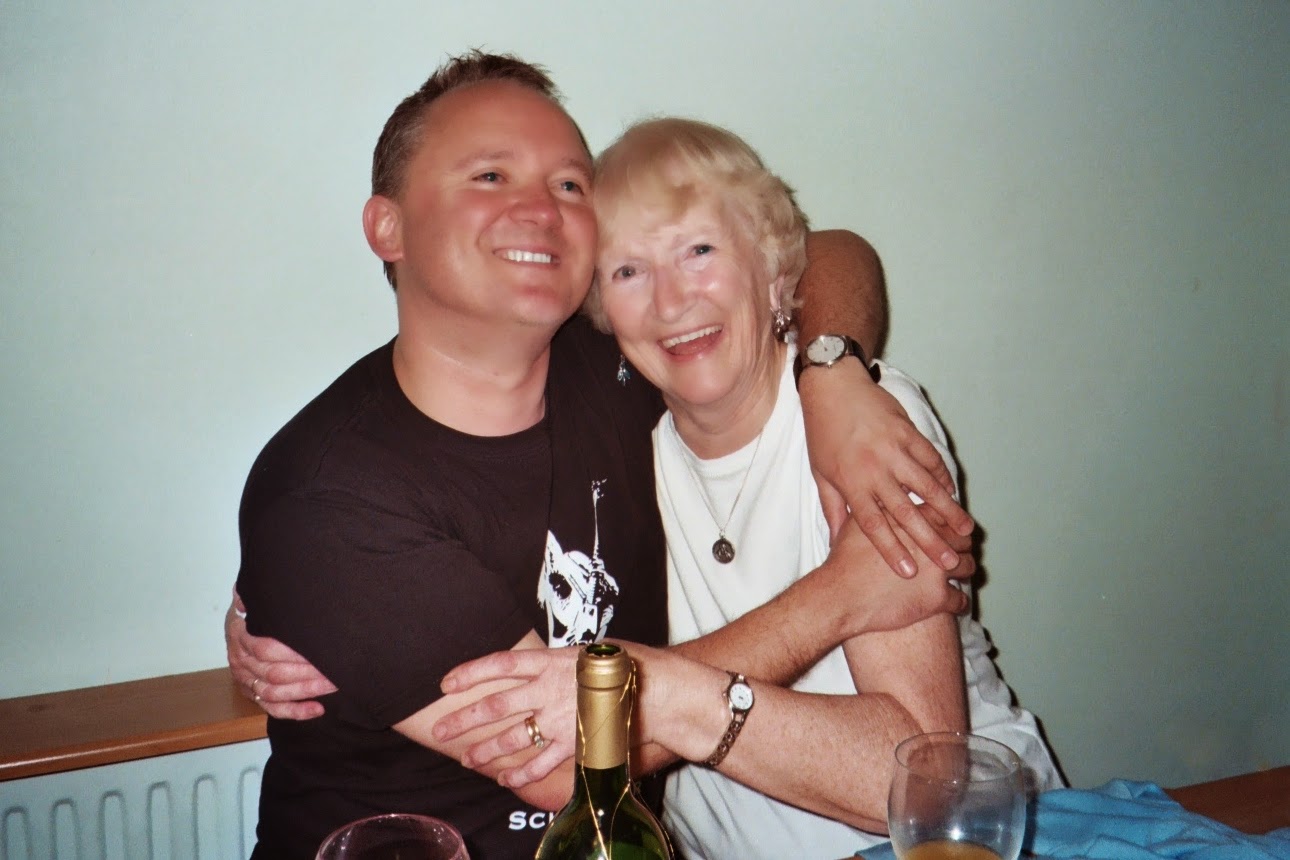 Haven't you got a blogroll anymore?

Davoski said…
Hi Jason. Yeah, still there in the right hand side bar - towards the bottom All the HCE ones are there as far as I can see. Are you not able to view them?
Thursday, 28 August, 2014

I couldn't see them earlier - probably a problem with Blogger or page didn't upload properly. I do sometimes have a blind spot but pretty sure it was the page this time. :-)

Hope all is going well fro you.