February 21, 2014
The holiday companies are in marketing overdrive at the moment. This last fortnight I’ve had e-adverts from every travel agent who’s webpages I’ve however fleetingly stumbled upon. I’ve had shiny adverts dropping through the letterbox from sundry flight bookers, villa renters and trek organisers. Gawd knows when/how I signed up to this lot.

Maybe they knew I was in the market for a short break. I’ve been planning a surprise escape for Mrs A and I for some time. One of the speculative fliers to land on the mat recently is a relic of a previous surprise trip.

Early one Summer circa 2007, on a listless and becalmed office Thursday afternoon, I noticed the those insightful people at the Met Office were forecasting lovely whether for that forthcoming weekend. Only on the east coast though. Cloud and unspecified murk was predicted for much of the rest of the country.

‘Right! We are off away this weekend’ I declared, to no-one in particular.

Kelly, sat at the desk opposite perked up.

Kelly has always had wunderlust and loves spontaneous, ambitious foreign travel, even when squeezed into the most thinly sliced timeframe. She’s currently in Australia having chucked in her job to join her partner.

‘Lovely…’, she grinned, mirth tickling the corners of her eyes.

But I was seriously inspired by the weather forecast. Chasing the sun. Walton on the Naze looked favourite. We’d never been and yet the pics on the web promised a half-mile long pier, grand-ish buildings, pretty shops, passable restaurants, and a golden sandy beach on which to enjoy those warming rays. 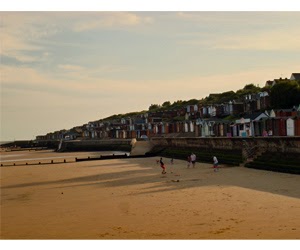 I set about booking some accommodation. I’d left it late and it was tougher than I anticipated. 1st, 2nd and even 3rd choices all bit the dust. So did the reserve list. But I persevered and eventually found something, and at a bargain rate too.

Sure enough the weather was lovely on that Saturday morning. Everyone was happy to be going away for the weekend, but I’d kept the destination under wraps. As we turned the corner of the coast road into Walton, I proudly announced that this was the town of our short sojourn. There were positive mutterings all round. The girls had clocked the beach and the amusements. Mrs A had worked out that Biarritz was off the agenda, but was relieved to see the seafood restaurant and wine bar. We drove through the town slipping by some fine Edwardian guest houses.

‘You have got to be joking!’ Mrs A was clearly not. I will never forget the look of horror in her face.

We parked up by the office – a decaying timber and asbestos shed. The vibes were not good. A long queue of disgruntled caravaners prodding tattooed fingers at a scrap of paper pinned on the door that said ‘Open at 4pm – staff shortages’.

Later, when we had fought and won the battle for our key, and trekked to the outer limits of the park, passing the communal bins and the rusting children’s play area, I was still pointing out the positives.

‘Look, everything else was booked up. Better here than nowhere, eh? The girls are having a ball.’

They were too. Folding out their sofa bed, flipping town the dining table, finding and then laughing at the chemical toilet…

The ‘better than nowhere’ remark was harrumphed at. And the ‘look at the funny side’ comment was turning milk sour. Mrs A wouldn’t go with me to Glastonbury because of the loos and the tents. Even though she had many happy holidays in the statics at Gorleston-On-Sea in Norfolk, I don’t think she was expecting to relive those fond memories in adulthood. Betraying her working class roots is what I thought. It was good enough for our parents...

Trouble is, I don’t think this place would have been. Martello Park hadn’t seen a speck of investment since at least our parents’ days. The caravan was stuffy, cramped and lacking a little TLC, as well as Windowlene, Jif and Flash. And the bed linen was on the tacky side. Not so much in the taste sense (though brown floral isn’t entirely my cup of tea), more in its adhesive quality.

We toured the park on our way into town. The carpet in the vacuous, Wellington Suite bar/entertainment area was a genuine ‘70’s original, though the stains wove an intriguing tapestry of beer, ketchup and crisps across every subsequent decade.  There were a few hardy types in the paint-peeled pool, braving the thin layer of greasy surface scum.

But it was an adventure! I said. The only event that diverted us from the ‘I can’t believe you’ve done this’ conversation, as we took in the town’s charm, was tracking down the seafood restaurant spotted earlier. It really was a gem. The Attic café (on the ground floor, of course) served up this amazing seafood platter that the four of us shared into the late evening, washed down with J20 (kiddies) and crisp Chardonnay (adults).

Then back for crisps and beer in front of the one-channel telly, as tradition befits. I got the forecast wrong as well. It rained that night so hard that the drops rattled like machine gun fire on the leaky skylight above our bed. No-one slept particularly soundly.

Sunday, however, dawned fine and warm. We indulged in many favourite seasidey activities. Walton is a top town and we went home happy. Job properly done!  A memorable trip. If sometimes for the wrong reasons. 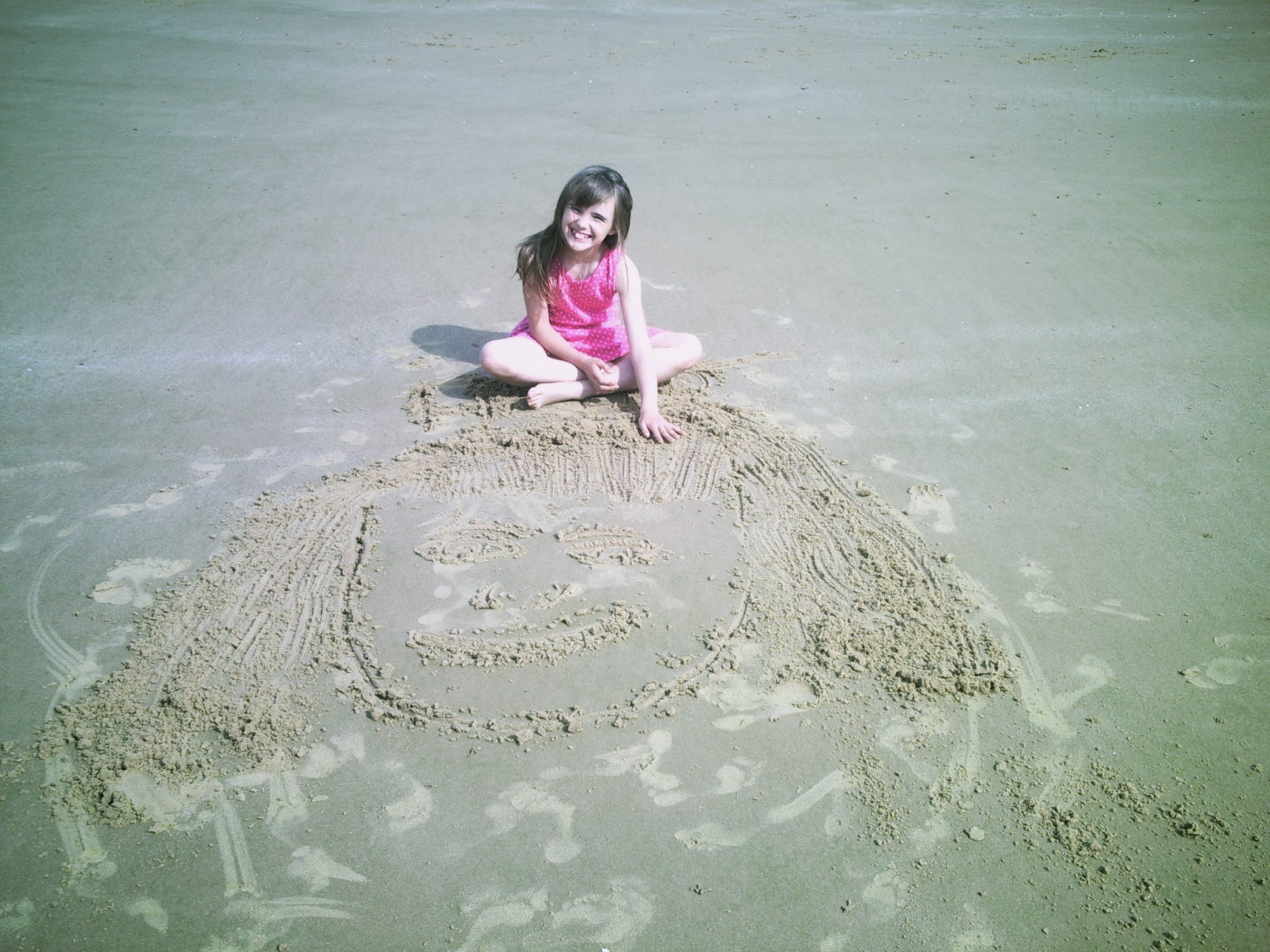 The Martello Caravan Park flier was one of the adverts deposited through our door recently. I keep telling Mrs A that it must be time for a return trip. 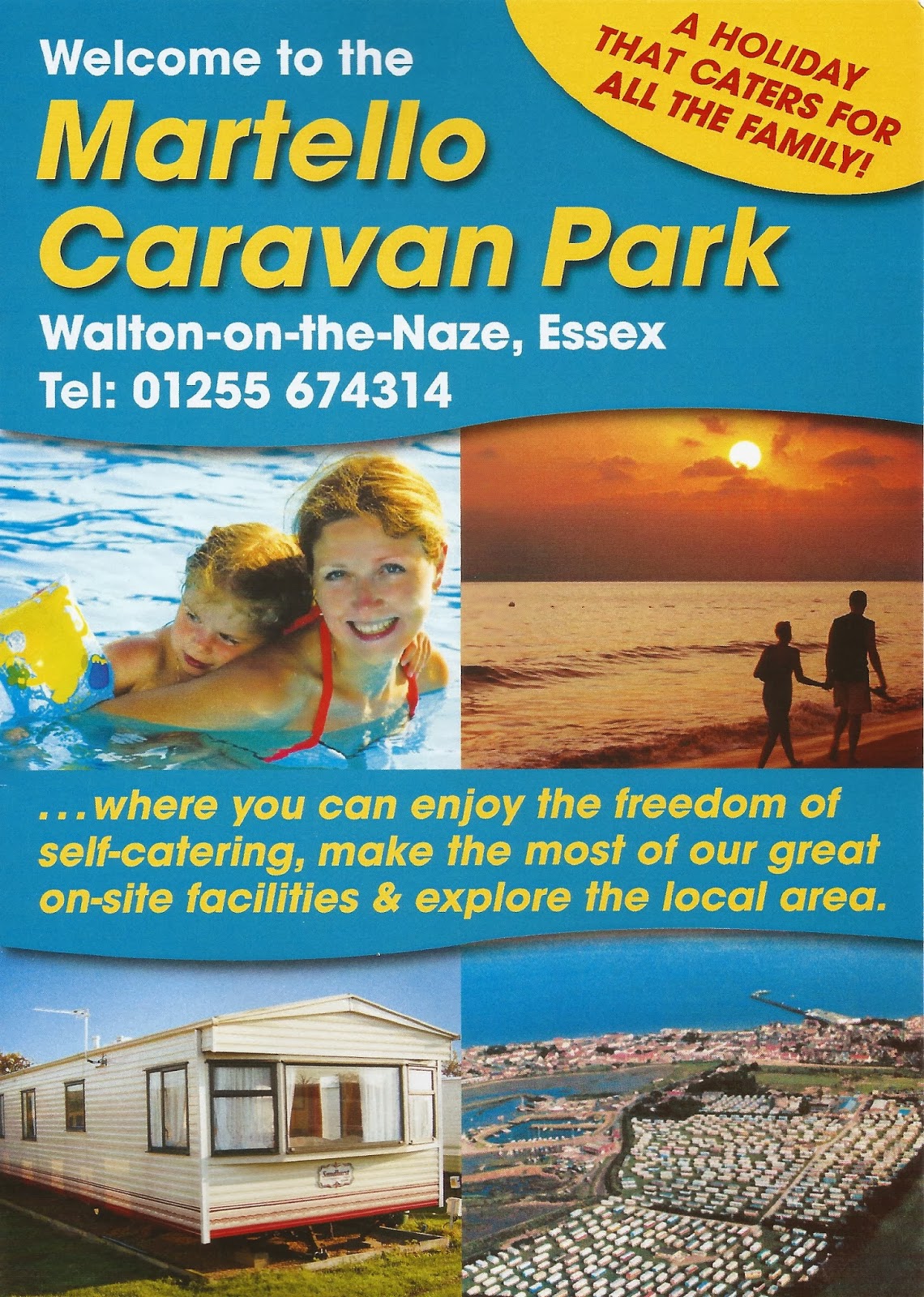 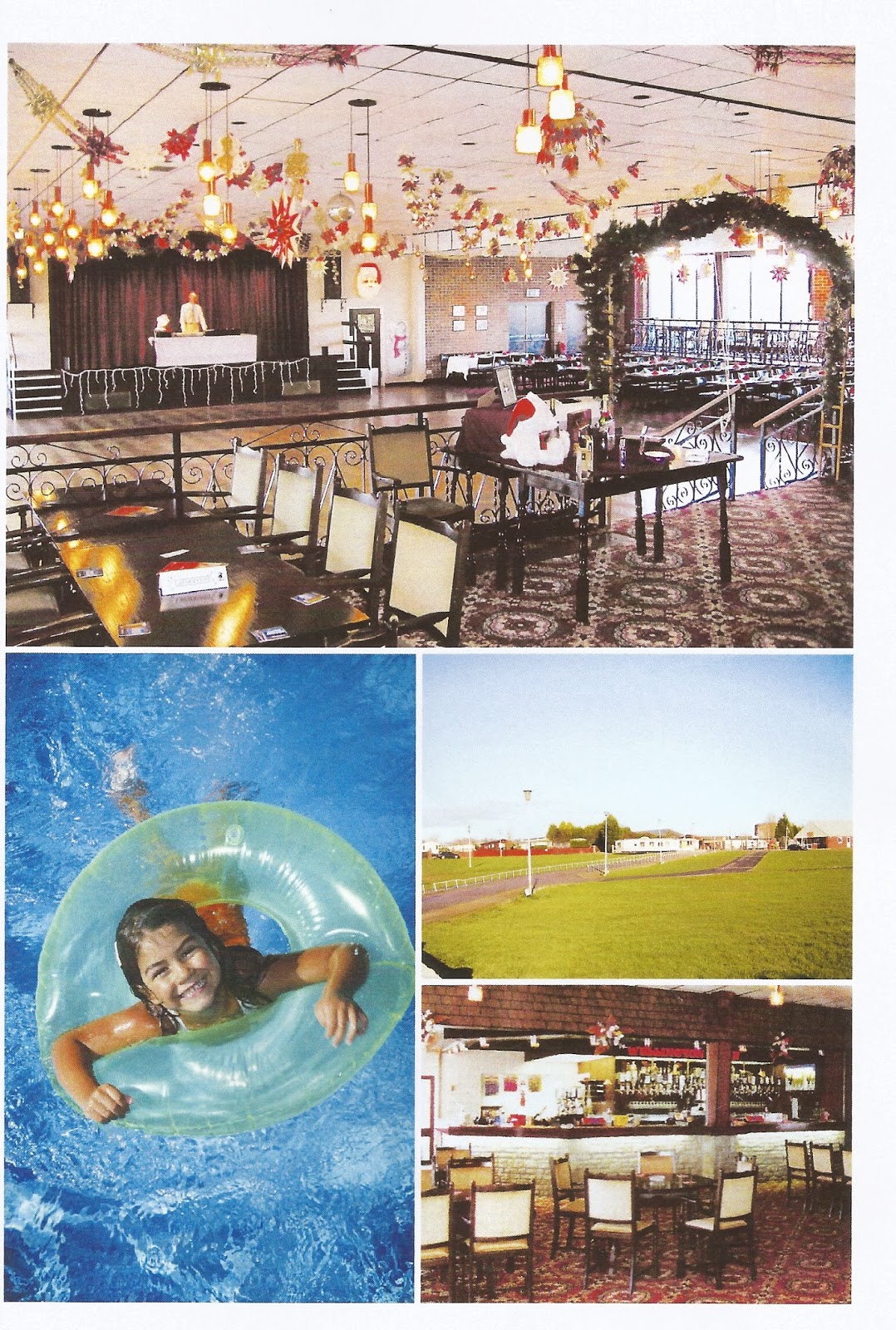 I peeked at a review recently on dooyoo.co.uk. Seems the venue is even worse than when we went.

“This site is just awful. From the moment you first drive in it is clear that your choice of holiday park was a bad one and perhaps you shouldn’t have tried to save that extra few quid. The martello sign itself is a clear indication of things to come. Old. Rusty. Decrepit. On its last legs.”

So when I proffered an envelope towards Mrs A in the pub the other week and uttered the words, ‘A surprise trip for us’, I can almost understand why the blood drained from her face faster than the wine from her glass. The affable smile replaced by the look of someone who has received a court summons.

This time I got it right. We are off to Reykjavik in late March and leaving the girls behind. Grandad and Uncle Paul will be in charge of them. Or more likely, the other way round. And we’ve already had some instructions from facebook friends: ‘Can you bring back 250 mini sausage rolls for £2.50 please’. Wags.

I don’t know about frozen produce, put I’m expecting to make extensive use of the hot volcanic springs. The spectacular lava fields and waterfalls are high on the list too. Maybe we’ll even catch the Northern Lights. I’ve done some research and there is often more Borealis activity around the Spring Solstice. So that guarantees wall-to-wall cloud cover. 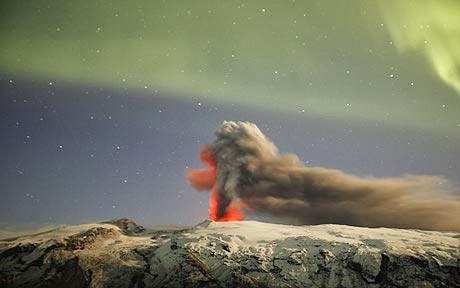 The accommodation looks a notch up on the Essex static too: tasteful restaurant, therapeutic sauna and pool. The bar looks classy, though I expect the price of a small lager will be astronomically higher than on the Naze. That’s where the bottle of gin smuggled in from duty-free comes in handy. I wonder if the bedroom will have a leaky skylight...