Trout at the Cafe


Yet more evidence today of my grumpy-old-man syndrome on its relentless march. Berko is well endowed with independent coffee shops (just about holding back the tide of identikit Starbucks and Café Neros, despite a sprawling Costa across two sites) some of which I assume pay UK tax. I had a cappuccino-sized gap in my morning and intended to fill it with a stroll down to Bel Caffe to mope over losing bets (of which more in another post) and write a gig review. I got as far as pushing the door a fraction when I noticed through the glass that the room was swarming with pre-schoolers and their well-heeled mums. I immediately released the handle and turned on my own trainer-shod heel. But not before my involuntary grimace and deep frowning was met by one of the mothers and returned with interest. I fled, frozen-blooded, and found respite amongst the crumby tables of the baker’s.

Settling down to write the review, I noticed the establishment now offered two varieties of full English. With the closure of my previous favourite fry-up haunt and the opening of another further on up the road, I made a mental note to revise the breakfast list .

In fact, there’s a third, now I come to think of it. Brownlow’s Café on the Ashridge Estate apparently serves up a breakfast of some repute. We were there only the other day, having conned the girls out into the fine Autumnal air by recklessly promising a café stop. It was a bit of a shame that, after a proper paddle through deeply rutted and muddy tracks under a colourful tree canopy, we blinked into strong sunlight and found said café doing a passable impression of a Ryanair check-in desk. Daughter no 2 and I decided to ascend the adjacent Bridgewater Monument whilst Mrs A and daughter no 1 gamely tackled the queue. In the time we had climbed all 172 steps, pointed out the landmarks to each other (Tree! House! Tree-house! etc) and returned, the queue had shifted barely four feet.

And this despite my causing a delay by trying to access the National Trust tower with the wrong card. “Oh, this is an RSPB ticket”, said the attendant. “Ah, I’m sorry.” Desperate grab at humour whilst I scrabbled for the right card: “Is this not a bird hide, then?” (Yes, yes I know. What would my hard-labouring, plate-laying Grandad have said in the face of such obvious establishment capitulation. Where are my working class roots now?) After our descent I chimed brightly to the attendant, “Lovely thanks, but not a bird in sight!” Cue dig in the ribs from small child that, without words, said “Don’t ever, ever try to make jokes in public.” We gave up on the café. The breakfast will wait for another day. 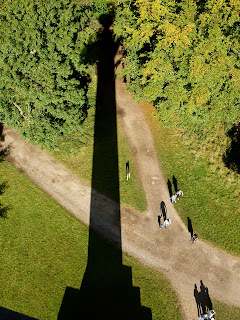 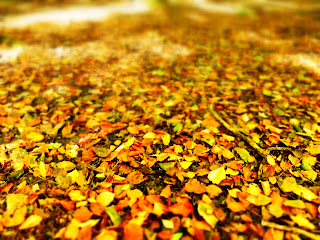 Which, by way of a Ronnie Corbett-sized ramble, brings me back to the gig review. Walter Trout at the Jazz Café was a-ma-zing. Amazing.

By a route even more circuitous than this implausible blogpost, I recently re-engaged with an old college mate. Jason and I had pretty wide musical tastes but they interwove around a classic-, prog- and pomp-rock spine. As circumstance invariably dictates, we lost touch. A couple of months ago I was mooching about on the UFO website and found an old link to an even older website of a rock fan called Jason Ritchie who was doing some fundraising for Children With Cancer UK. It had to be the same guy. On the old website I found a link to a new website and then to a facebook profile. The rest is social networking...  We met a couple of weeks ago for a catch up 24 years in the making. He now edits a classic rock website and this is where my review of the Walter Trout band lives.

Pre-gig, Neil and I met in the Earl of Camden. GC was arriving later. This was an arrival we were much looking forward to. GC had made a return to the rugby field the previous weekend after an absence of a good few years. This event had been foretold on facebook by his daughter who had said “Dad: ‘I’m playing rugby today’, Me: ‘I’ll call A&E then’!” Such predictive powers. Ten minutes in to the game, GC got his nose broken by a flailing boot. So when he arrived, there was a good deal of mirth to be had at his expense. In the murky half-light at the edge of the pub, I didn’t think the face looked too bad. Or at least I was expecting worse. When we went to the bar and I caught him under ceiling light, the evidence was much more obvious. “Ooh, ouch!” I muttered half way through an otherwise innocuous sentence. “I’ve thrown away the boots and all other rugby related paraphernalia in the house”, he confirmed.

I hadn’t been to the Jazz Café for 10 years or more. Then it was to see Emmylou Harris in her cross-over, Daniel Lanois-produced phase, backed by Spyboy which featured the stunning country rock guitar of Buddy Miller. In those days, Ms Harris was on Mrs A’s record label and we had some most acceptable seats in the restaurant balcony overlooking the stage. Very nice too.

But down here on the floor tonight, it was also pretty cool. Maybe the sight lines have been improved since my earlier visits, but we had a great view and the sound for support act Mitch Laddie was crystal clear. However, our pozzie over in the far corner was soon found to be less favourable when we discovered the bogs were in the opposite corner and the bar near us didn’t serve the black stuff. In fact weaving across to the other bar and getting served was a lot harder than wading back clutching three pints. There’s no better crowd-parter than fear of a Guinness down one’s party spanker.

We liked Mitch Laddie and his down-tuned dirty old guitar sound. Neil pointed out the Living Colour references in one of the tracks and said that on no account should I nick that observation for my review… The maturity of his songs belies his mere 21 years of age and the same goes for the tightness and discipline of the rhythm unit. Though that’s where the comparison ends. With his receding hairline and contorted facial expressions, the disguise slips and Mitch is clearly a gnarled, time-weary bluesman from somewhere near Mississippi (as oppose to Newcastle). On the other hand his bassist and drummer are a couple of mere kids from round the corner who are grateful to be playing first because, as GC commented “they need to get back and do their homework for school tomorrow”.

Walter Trout has a fine back catalogue. A clutch of albums in each of John Mayall’s Bluesbreakers and then Canned Heat, plus a burgeoning solo cv. The latest platter, Blues for the Modern Daze is a proper power blues outing and was the basis for the set. We got indulgent eight minute solos, spiralling and squawking licks, fierce runs and chops. Passages of high quality blues guitar with only the briefest of nods to anything as conformist as a tune. Glorious stuff. Except, that is, for the first couple of tracks where the mix was all wrong. GC thought I was going to blow a gasket. The bloke on the Hammond organ – an overweight cousin of Gene Simmons, I swear – was allowed to stamp his size 12 Wurlitzer riffs all over Walter’s searing and carefully crafted virtuosity. But balance was soon restored…

Afterwards, I tried to cajole the boys into a kebab from a fine emporium I knew just near Mornington Crescent, giving the length of Eversholt Street in which to consume it before the train home from Euston. They weren’t having any of it. So I ended up with a scabby overpriced sausage roll from a ubiquitous concourse concession. Never mind. I can live with this tasteless morsel in what was an otherwise sumptuous evening of gourmet music.