York’s Ebor meeting, held last week, is one of the highlights of my flat racing season. As an unreconstructed professional Yorkshireman, I have a predictable affinity with this sublime, stylish and mature track that some refer to as the Ascot of the north (if comparisons must be made then surely it is that Ascot is the York of the south?) (And Guildford is the Wakefield of Surrey….). This year’s Yorkshire Oaks was a classic encounter of the nation’s top middle distance fillies. A favourite of mine, last year’s dual Oaks winner, Sariska was lining up against old foe and globe-trotting multi-grade 1 winner Midday, as well as the star of this season’s classic filly crop Snow Fairy. 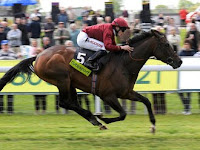 Sariska was the star filly last year. Beautiful, graceful…..profitable.  She probably counts as one of my few genuine and unmitigated successes on the flat. She came to my attention during a listed event at Newbury where she broke poorly, slowly and late, but made up acres of ground to finish like a classic mug punters con-trick: the fast finishing fourth. Well, I took the bait. She went in to the mental notebook in Caslon Openface 16pt. bold.  Next up, her trainer Michael Bell, not unfamiliar with classic glory, put her in the Musidora at York, a famous Oaks trial. So I went in on the juicy betfair prices on a multi-lateral basis. A fiver on her Musidora odds and a fiver at her massive Oaks odds.
She won the York trial in - even at the time I thought this – convincing style. I was very optimistic about her chances in the Oaks in early June.

My partner in crime, Steve – user name Bacchy to my Davoski – had spotted the same thing.  We’ve made a number of memorable and mostly profitable appearances at Oaks day on the Epsom Downs across the years. But we’d been a little lax in attendance since the heady days of Casual Look in 2006. 2009 saw a return to form. Not before some full force griping about the new bloody stand though. Epsom’s redevelopment had produced the Duchess Stand, a £40m carbuncle designed to cosset even more disinterested corporate freeloaders in exaggerated comfort and service at the measurable physical and financial cost to proletariat punter: worse views, increased no-go zones, hiked entrance fees, deeper disgruntlement.  Scum bags. 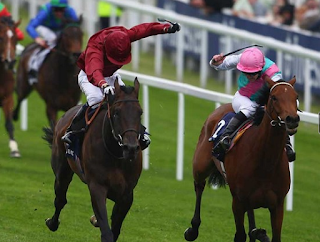 Revenge, however, was swift, fortuitous and whiskey-soaked. I was pretty confident about Sariska’s chances. This is a feeling sadly not that familiar to me. Nevertheless, I was convinced that she had the best form on offer. Ultimately, I wasn’t disappointed. But not without a few solid scares along the way. Jockey Jamie Spencer had the filly well positioned gunning down the straight. She came to take long time leader Midday at the furlong marker and I honestly thought that would be all over. But Midday wouldn’t go away. Blimey, did she keep coming at Sariska. Exhilarating fireworks down the straight and a heart-stopping tight finish. The Michael Bell filly held on, but by a diminishing head. 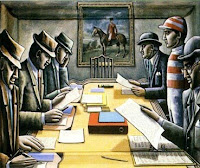 Still, it was enough for me and Bacchy to leap around like demented idiots, safe in the knowledge of a perfectly executed coup. And then the dreaded ‘bing bong’ over the PA announcing a stewards’ inquiry. We watched the replay. A bit of scrimmaging over the final furlong, but nothing to worry about and we breathed a sigh of relief. But the inquiry went on. Word spread round the track that the incident of concern was way back on the bend. And it wasn’t Midday that was the victim, but the pre-race favourite Rainbow View. On-course TV finally dredged up the pictures for the big screen that showed Rainbow View squeezed for room on the bend and stopped in her tracks as she tried to angle out for a run. Sariska was clearly doing the squeezing. Or rather, jockey Jamie Spencer was when making made his bold move for home. After a good deal of increasing, confidence sapping tension, she kept the race. Cue more back slapping and glib ‘never in doubt’ comments. But it was close. 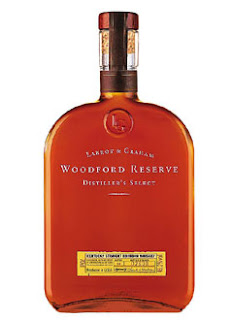 We headed for the drink sponsors’ tent. The bar had been drunk dry - no more free samples available. So, befitting the spirit of the occasion, a fine bottle of their Woodford Reserve bourbon was purchased instead. If not freebies, those kind salespeople were at least happy to supply us with two plastic cups. And the remainder of the meeting passed in a blur of sour mash and straight exactas. Happy days.
Sariska and Midday had locked horns on two further occasions with Sariska prevailing each time. The filly, Steve and I returned to the Oaks meeting this year too, together with our mate Bryn and his father in law Sid. Only this time we opted for the cheap seats in the Lonsdale enclosure. Sariska ran well in the Coronarion Cup against the boys. But couldn’t overhaul the impressive Fame and Glory for the all-powerful Aiden O’Brien yard. There were no bourbon-soaked celebrations of big wedge payouts. But we had a good day. Sid in particular enjoyed his first visit to the Oaks meeting in 40 years!
And so to York’s Knavesmire and the fourth meeting between the two. Sadly the fireworks were lop-sided this time. Midday was sensational. She confirmed herself at the peak of her form with her second Group 1 victory in three weeks. Sariska? She refused to leave the stalls!