In praise of Sea The Stars

Outside football I’ve had a pretty profitable Summer’s punting. (Cue lightning flashes and opening of gaping holes in the ground). But as a spectacle, the racing has not matched the nose-bleeding heights attained by the great Sea The Stars last year. But I firmly believe that was a once in a generation event. My pro-punting mate and Cheltenham accomplice Steve sent me a bit of heart-felt prose from a pretty hard-nosed gambling aquaintance of his. It’s lovely stuff:
“Awful game this... We get pissed off with how it's run. We get pissed off with those who run it. We get pissed off with clerks who can’t run a tap (or run it too much!). We chunter about bent races and question bad rides. It costs us an arm & a leg to go see it happen and when we get there it's crawling with drunks, way too packed and the traffic was sickening enough for you to swear you're never going again..... You wonder why you bother? 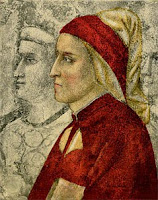 In my case, I 'bother' because it's all the family have 'bothered' about since I was born.  When I was little & the old fellah used to take me along to the races with him & I didn't really have a clue what was going on. Gradually, I got to like it & took more interest in what was winning races & took notice of what the old fellah was backing. I wanted to find out more about it & started asking the old man. The most interesting stuff was when he told me about the great horses. There were only two he kept going on about: Sea Bird & Vaguely Noble. Told me Sea Bird thrashed a horse at Epsom (Meadow Court) that would have been a decent Derby winner most years. Proper thrashed him. He'd seen great horses: Dante (got a photo of him with that one at home), Crepello, St Paddy, Nijinsky, But he never put any of those up with his 'big two'.
Over the years, I've seen a few good uns: Alleged, Troy, Shergar, Dancing Brave, Dahlia, El Gran Senor, Oh So Sharp, Nashwan, Generous, Pebbles, Nureyev, Blushing Groom. Probably more that I've forgotten about, but they made the study & wet days at Nottingham worthwhile. They (when racing's pretty much all you 'do') light up your life for a while. None of the above really passed the old man's 'litmus test' though & made me think "jesus, that's special".  I thought that was it. 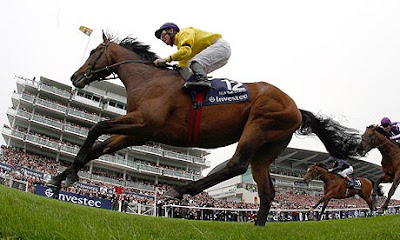 Then this one came along. I'd known about him long enough. Final Furlong & Irish Whisper were all over him like a rash before his debut & told me he was something else. It took the Guineas win to convince me he could shift & I've been sold on him ever since. I've only backed him once. In the Derby , & never had a moment’s worry. He impressed me more at York after the race when he looked as though he'd done nothing more strenuous than had a bloody good shit. His opponent that day, Irish Guineas winner Mastercraftsman looked like he'd been in a collision with a truck. He then wiped the floor with the Ballydoyle 'tag team' in the Irish Champion & set the seal on his true GREATNESS today when overcoming traffic problems that would have found out a whole host of 'best horses in the race' with the minimum of fuss.  My old man followed this sport for 55years. The year he died (1987), he was still talking about the best TWO he'd seen. That tells you how often these buggers come along.  I don’t think half of us would be doing this, but for the chance of horses like this popping up & let's be fair, when they do, the betting means nothing.  Make sure you take all this in. Might be thirty years till you see another one!”

I never got to see Sea The Stars in the flesh. A shame. Nevertheless I have personal memories and thrills woven through this wonder horse’s spectacular six month reign-supreme. I backed him for the 2,000 guineas at, with hindsight, a generous 10-1. His turn of foot in the last two furlongs marked him out as something special. He was already being talked up for the Derby, where I backed him again in a race where Ballydoyle famously got the tactics wrong. With STS pulling Mick Kinane’s arms out of his sockets, Aiden O’Brien’s horses simply wouldn’t make the race a test of stamina. STS had never run beyond a mile. He was not a guaranteed stayer. Ballydoyle’s number one contender Fame and Glory certainly was. But he was tucked up behind STS. They had Irish Guineas winner Mastercraftsman in the race too. Three out, Kinane’s mount was travelling so smoothly. Like a dream. He picked off the Ballydoyle pacemaker and won without sweat; the Ballydoyle big two having not landed a blow between them. As the beast crossed the line, the camera cuts to his trainer Dr John Oxx. In a maelstrom of whoops, cheers, flung hats and punched air, John calmly looked into the middle distance and nodded briefly. A nod that said, “yes, job done. That’s what we expected”. My admiration of the dignified Dr Oxx grew as the season progressed. 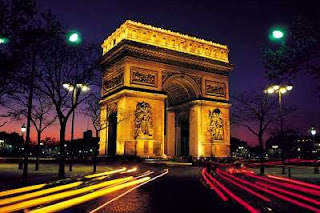 By this time, I was also riding high in the Tote Ten to Follow competition, courtesy of STS, Sariska (thereby hangs a tail/tale) and a couple of other handy winners. Sadly that my appearance in the Racing Post leading entries column was not repeated. My prominence declined soon after, unlike STS who went from strength to strength. The horse’s 5th straight group 1 at Leopardstown in the Champion Stakes possibly his most devastating. Absolutely crushing a decent field, including older horses (as he had done in the Eclipse at Sandown and the Juddmonte at York. I didn’t back him for those, nor had I any intention of doing so for the Arc, likely to be his final race. But I was leaving a job in Camden and the crowd there bought me an ante-post slip for the horse in that race as my leaving present. I tell you I was filling up. What an inspired gift! Even more touching when I learned that Kiran and Miia had decided to place the bet in the local William Hill having never set foot inside a bookies in their lives! The good lady assistants there talked them though the transaction with, I hope, understanding and tact. For inevitably I knew them well!
So when Sea The Stars completed his perfect six having his most arduous passage and one again displaying that crushing acceleration, I had a sentimental moment all to myself. 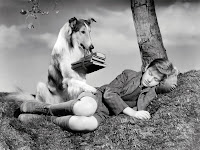 He finished on the best possible note. Each time he ran I became more and more nervous. I’m so pleased his owner and trainer resisted the clamour to go to California for the Breeders Cup. I also say yah-boo sucks to the pundits attempting to pour cold water on his level of greatness because he won each time only by a comfortable distance and not the 20 lengths they need for their ratings analyses. Bollocks. He did what he needed to do with complete authority and confidence over different distances, underfoot conditions, tracks, countries and against all age groups. He’s the best thing I’ve seen on four legs since, er,  Lassie Come Home!