1970? I doubted it. Paul Gambaccini was bigging up the likes of Pickettywitch and Judy Collins in a post-Beatles, pre-Glam edition of Pick of the Pops. A dead zone for music. A Dark Age akin to the Romans leaving Britain. A void filled by drivel like Brotherhood of Man and Peter, Paul and Mary until we were saved by the 1066 watershed of T Rex and Slade. (I offer you the Ladybird guide to both popular music and medieval history...)

Radio 2’s long running chart retrospective was filling the car with pap as we headed to the coast for some fresh air. Mrs A knew every word of every song, whilst I was bleating on about the shallow quality and inane content. Even Elvis let me down. I’d never heard ‘Don’t Cry Daddy’ before, but what a cast iron crock of indigestible sentimental soup that is. The chorus saw me with my head in my hands: ‘Daddy, you've still got me and little Tommy/And together we'll find a brand new mommy’. Even Helen winced. “OK, so this isn’t his finest moment.”

Coronavirus was by then beginning to take grip of the country. We could see snippets of evidence with our own eyes. For instance, the roads were suspiciously quiet. I can’t recall the M25 ever being so tame in the middle of a Saturday. Mrs A was worried that we would get to our destination before the 1970 chart reached its zenith. I was not.

This was the weekend before the Cheltenham Festival and I was constantly expecting Coronavirus to result in its cancellation. Italy had already entered lockdown. Events elsewhere were being cancelled. It was only matter of time, surely. Those few days before the year’s horseracing fiesta are always distracting. A mix of fevered expectation combined with stress about the targets/chances of fancied horses causes a strange, short-lived brain impairment, the symptoms of which are Festival Tunnel Vision and Festival Babble. The event’s potential pandemic-induced impediment was making these symptoms worse. There are many other much weightier and deadlier reasons why Covid-19 is devastating, but in the week before Cheltenham I was pretty much impenetrable to all of them except the one that might impact on my week of horse racing.

A trip to the seaside was a bit of light relief. As Mrs A tapped her foot to ‘Na Na Hey Hey Kiss Him Goodbye’ by Steam, and then ‘Venus’ by Shocking Blue, I wondered what she would make of the Airbnb I had booked in Broadstairs. More distractedly, I also wondered why both those tracks had been covered by Bananarama in the 80’s. I speculated that Keren, Siobhan and the other one that no-one can remember, sat down to plan their next ditties in one of the three houses they had bought together on the same street in north London. One of them undoubtedly said, “I know! Let’s just pick one chart from a week at random and cover everything in the top 10!” And that’s what must have happened. 7th March 1970 was that chart and over a number of years, they released their covers. Only these two became hits, obviously. I guess the other bilge failed to trouble the scorers.

Back to the evening’s accommodation. I had failed to book a fine hotel overlooking Botany Bay, north of Broadstairs, because they had no pet-friendly rooms left. Undaunted, I found a couple of town centre Airbnb gaffs that would happily host us and our hound. One place stood out. All the reviews used words like ‘quirky’, ‘individual’ and ‘eclectic’. Excellent, I thought as I snapped up a bargain with Janice, the host. We would soon realise that the website’s gallery didn’t come close to portraying the real vibrancy of Janice’s abode, but they were nevertheless enough to spook Mrs A. Too late, I’d already booked. She shared the listing with Daughters 1 and 2 who were suitably horrified by pics of the ‘busy’ décor, floor to ceiling shelves packed with ceramic bric-a-brac and walls crowded with framed art.

We hit out-of-town shopping centre traffic west of Ramsgate as I was marvelling at the insight and philosophical depth of Peter Noone’s insipid vocal on a 1970 Herman’s Hermit hit. Cop this wisdom: ‘Years may come/Years may go/Some go fast/Some go slow’. Genius.

The traffic snarl up meant Mrs A got her wish. We were parking up in Broadstairs as Gambaccini gave an undeserved build up to Lee Marvin’s gawd-awful chart-topper from that forgettable week, a dirge-like, teeth-grating rendition of ‘Wandrin Star’. I rested my case and indeed Mrs A had nothing to say.

Although, funnily enough, she found her voice again when we entered  the cottage. Descriptions of the place emptied our collective thesaurus: unusual, eccentric, peculiar, idiosyncratic, characterful, disturbing…just plain weird. 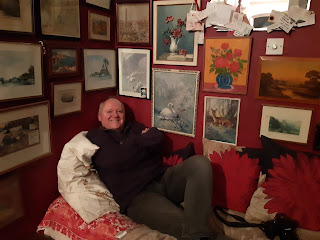 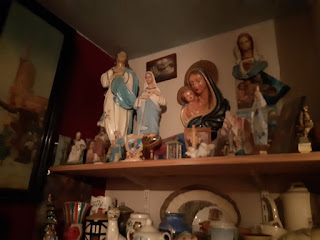 But the place was fantastic, imaginative, funny, unique and out-of-the-ordinary as well. I couldn’t decide whether the shelf packed full of Virgin Mary statuettes was more troubling than the inflatable moose’s head fixed above our bed. Or the papier mache mer-man hanging in the bathroom more unsettling than the black and pink floral wallpaper. It was a real house though. Janice lived there when she had no bookings, so it felt homely, comfortable and cosy. There was no telly, so we necked red wine and played Scrabble, overlooked by a ghoulish portrait gallery. I lost. Again. 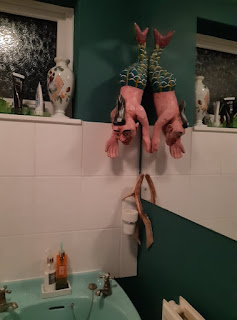 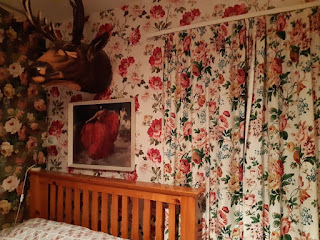 Broadstairs offered up all the fresh air we craved, and plenty more besides. The coastline between Ramsgate and North Foreland is particularly attractive with chalk cliffs shot through with streaks of sandstone giving way to half a dozen coves and inlets filled with the golden sand you only see in filtered holiday brochure pics. Viking Bay is at the foot of the town’s main street, lined by hotels, houses, shops, restaurants and pubs that give a fair impression of a well preserved Victorian resort.

Back up the hill and past the train station, we stumbled upon a fantastic pub, carved out of a stone flag-floored stable, serving real ale and cider straight from barrels piled up behind the bar. I’ve added Broadstairs to the list of seaside towns I’m trying to persuade Mrs A that we should move to. 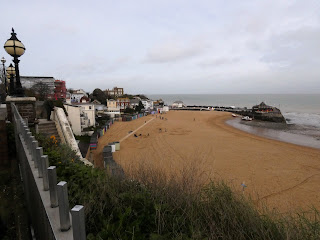 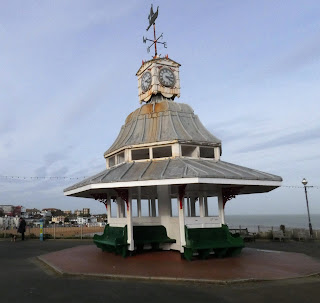 On Sunday we popped over to Whitstable, another fine Kentish town on my list, and joined our friends there for lunch. More lung-fulls of fresh air. Whitstable bay is just so photogenic. 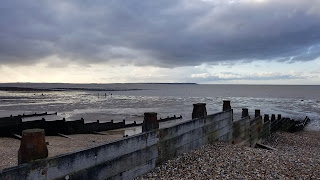 By the time the Cheltenham Festival kicked off on Tuesday, the Coronavirus death toll was creeping up and the level of confirmed cases was on the march. Attendances were down at Prestbury Park each day. Watching on telly at home, the Festival party looked increasingly like a last hurrah before an inevitable lockdown. I joined the racing crew in the Barley Mow on Gold Cup Friday for our traditional session of punting, drinking and making merry. Top day.

I didn’t go the Festival this year, but still had a week away from work to immerse myself in every twist and turn of the action. So hitting a crowded pub felt like breaking my own self isolation after a week of social distancing. In hindsight, we had probably absorbed some of that Cheltenham final stand feeling in a gung-ho sort of day. Possibly not the wisest move.

For the record, I had a shocking festival. Backing horses that found new ways to lose, from grinding to a standstill up the hill to getting short-headed in a last furlong dog-fight. And most galling of all, an unseat from jockey Jamie Moore when miles clear. His horse Goshen managed to lock together his off-front and off-rear shoes for a stride when stumbling through the final hurdle. A cruel and freak incident, bringing down my Festival-saving four-timer with the jockey.

And then another Saturday and another car journey. This time to meet our friends Fay and Adrian  for a dog walk-pub-lunch. Over a pint and a robust plate of ham, egg and chips, Adrian fixed me with an inquisitive demeanour and said “So let me get this right. You booked a cottage in Broadstairs packed full of strange art without telling Helen first. And then you took her to a pub in a stable that didn’t serve red wine? How are you here to tell the tale?” I had no answer, but offered to make myself available for any assistance they needed with future accommodation bookings. 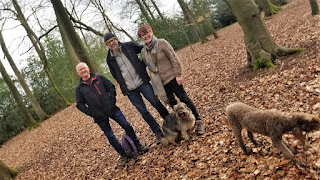 On the way over I insisted we had The Planet Rock Years on the radio. Gambaccini had been kicked into touch since his woeful picks the previous Saturday. Mark Anthony was digging 1975. Led Zeppelin, Uriah Heep, Pink Floyd. That’s better.