June 07, 2017
Ladies Day at Epsom Downs, otherwise known as Oaks Day, dawned bright and hot. I toyed with the idea of wearing my straw trilby, until I saw the forecast for thunder storms. "Do not expose to water", screamed the label in the hat band. So I left it at home, adopting a sunglasses and suncream combination instead.

Oh, and a pink shirt that resembled the colour of my forehead by the end of the day.
We were the Lonsdale Boys on Ladies Day: the Lonsdale Pedestrians is a £25 enclosure on the downslope of the camber opposite the Grandstand. Nev and I arrived together and found Bacchy sprawled by the ½ furlong pole with an overstuffed cool bag at his feet. Rather than minesweeping the corporate provisions like last year, Bacchy had brought his own goodies. 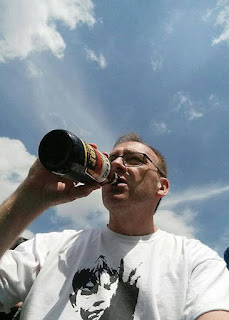 Top class berth. There was none of the rubbish PA nonsense you get in the cheap seats at Cheltenham, where one speaker per 2,000 punters means a struggle to hear the race call. Here there was a white pole laden with high-tech sub-woofers every few yards. Nothing wrong with the output, as Nev discovered during a phone call to his better half. 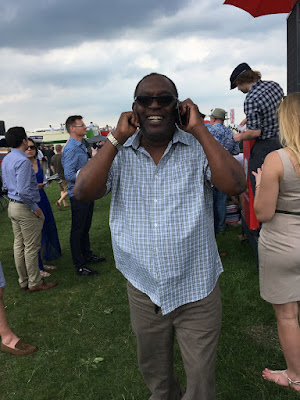 Clouds gathered over the open top buses and above the fair on the Downs. Just like Tomasz Shafernacker had predicted earlier that morning.

The Downs have hosted the proles for a free day out since Diomed won the first Derby in 1780. By 1793, The Times was reporting that “The road to Epsom was crowded with all descriptions of people hurrying to the races; some to plunder and some to be plundered. Horses, gigs, curricles, coaches, chaises, carts and pedestrians covered with dust crowded the Downs."

For the first time in the meeting's 237 year history, 2017 saw the sponsorship of this historic area on the Downs. It is now known as Poundland Hill. "Just imagining the meeting where a bunch of posh dudes decided it was a good idea to call the free entry bit of Epsom the 'Poundland Hill' " tweeted the Racing Post's Tom Kerr, keen to highlight the Jockey Club's snobbery. 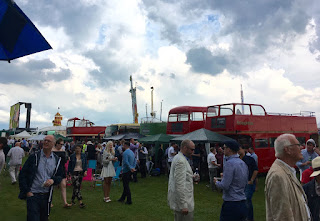 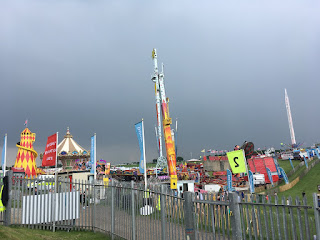 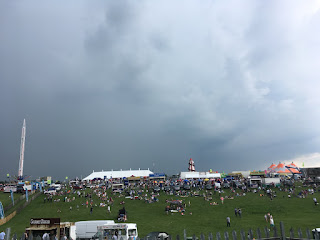 There I was trying to take a pretty picture down the track only for Nev to ruin it by trying to lick the crust off a piece of seagull crap. He didn't expect his dubious act to be photobombed by one of the girls in the group next to us though. And with such style too. 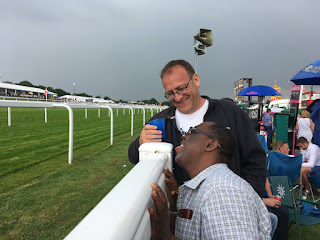 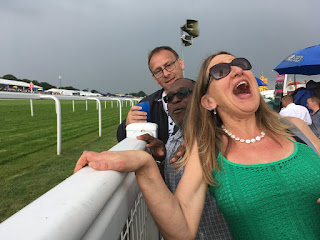 The rains finally arrived, just in time to hinder the Oaks build up. Thunder and lightning. Very, very frightening. 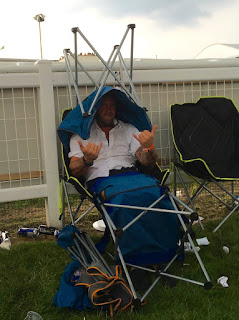 So much so that Daddys Lil Darling bolted on the way to the start. The horse was properly spooked by the storm and she was screaming straight towards the stalls. Jockey Olivier Peslier had no option but to bale out. He coolly reached down, popped his foot out of the stirrups and rolled out of the saddle onto the sodden turf. First time I'd ever seen that.


A scary moment. The filly pulled up without incurring any damage, but she had to be withdrawn from the race. This was a galling moment for the anglophile owners of the American filly who had flown her over the Atlantic for the race and were in the stands watching the desperate events unfold.

The rain was belting down during the race. Frankie Dettori grabbed the rail on Enable and saw out a strong finish. Odds-on shot Rhododendron didn't stay the trip and currently provides the only blot on Aiden O'Brien's British and Irish 2017 Classic collection. 5 out of 6 and counting.

By the sixth race, Bacchy had emptied his cool bag and was in the process of doing the same to his hip flask. Meanwhile, Nev was emptying the bookies satchels with equal alacrity. He had a winner in the opener, the mile handicap and then again in the Surrey Stakes. Collecting his fat wedge after Solomon's Bay romped home, his moment of glory was once again interrupted by the girl in the green dress.

She was having a good day. 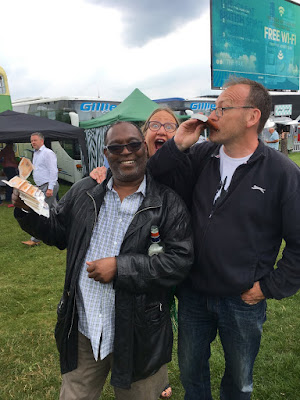 The sun reappeared after racing, just as we were heading to the curry house, where we were a little better behaved than last year. 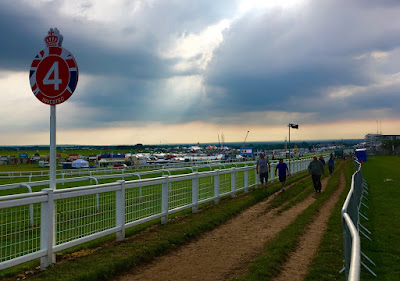