December 18, 2014
I hadn’t been to Catterick Bridge racecourse for about 25 years. My previous experiences weren’t particularly positive.

My formative punting years were scarred by ramshackle grandstands, fizzy beer and crap racing, as this chunk of Mug Punting makes clear:

“….Catterick was worse. The track was surrounded by towering piles of unwanted spoil from the adjacent quarries carved disrespectfully out of prime Yorkshire moorland.  An ugly, crusty and polluted lake covered much of the inside of the track which served to encourage the feeling of dereliction. It was a hole of a course with no facilities to speak of. I stumbled across a gem of a book called ‘Cope’s Racegoers Encyclopaedia 1962’. Leafing through its mottled pages I discovered that ‘in January 1961 Catterick Bridge opened a £30,000 new stand which provides facilities previously undreamed off at this small Yorkshire course’. That must have been the twisted pile of rusty iron and crumbling grey brick that I could see across the track. The intervening 27 years had not been kind.

We used to populate a brick outhouse construction in the silver ring where we partook of fizzy keg bitter, traditional for the time (long before widgets had been thought of) from a dirty pump dispensing beer and Legionnaires Disease in equal measure. The only food to be had was a hot dog/burger van outside the bogs.  I had had enough of burgers one desperate Friday afternoon so I asked the bored 'sales assistant' for a cheese sandwich as advertised. The guy took one of his burger buns, slapped in a sliver of plastic unmelted dairylea and charged me £1.50 of my hard-granted wedge! I was appalled.

There was no way of seeing the horses all the way round the track from where we were herded. The quality of racing was always as miserable as the course. At least there was the outside chance of a decent race every so often at Redcar. I never, ever had a winner at either Catterick or Redcar and I never, ever want to go back there.”

Dad and Bruv began to frequent the track regularly about five years ago and I never missed a chance to scoff and taunt about gaff tracks. Bruv would with rejoin with “So why does McCain send his best novices there then? Why did Grand National winner Ballabrigs have his prep run there? Eh? Why did Jonjo send up Holywell last year? He’s favourite for the Gold Cup now y’know.” Bollocks. “Well they wouldn’t have risked them if they knew how good the horses were. Obviously a trainer mistake.”

Despite my grumpy response, it was clear that the track had come to be held in fair regard by local trainers at least, and evidently by yards further afield as well. The time had arrived for a grudging repeat visit.

We picked the track’s first jumps meeting of the season and I steeled myself for Class 6 three-runner novice chases viewed from broken plastic chairs.

3rd December dawned crisply clear and frosty. I was at King’s Cross by the time weak daylight hit the northbound rails and at that point I did have a quick shufty at the Racing Post site to confirm that the cold night hadn’t jeopardised the fixture.

The RP also showed me that the races were pretty healthy fields of between 9 and 16 (apart form a 7 runner novice event) across a mixed card of hurdles, chases, bumpers and handicaps. Not much wrong with that. And I also spied that Nicky Henderson had sent up an expeditionary force of three novices to wick away some modest Yorkshire prize money.

Northallerton Station was largely deserted as I stepped down from the train, save for a stout fellow blocking out the low sun and casting a weak, wintry shadow down the platform. It turned out to be my Bruv. Everything was going to plan. Dad was already in the motor and we were navigating the narrow lanes to Catterick in an instant, glibly exchanging exaggerated opinions about the quality of the track. “Hope they’ve tidied away the discarded quarry gear from the 2 mile start”, was my concluding hope, “really messes up the action of those juveniles.”

Having blatantly set myself up for the inevitable climb down, I’m secretly delighted to report that first impressions of the track were considerably more favourable than on my last visit.  I blame the sunshine. It flooded the venue with spirited rays and threw the surrounding northern fells into glorious sharp relief.  The old grandstands may not have had any structural investment for many a long year, but at least they had had a lick of paint which gleamed and reflected back the light for all it was worth. The bright weather had bestowed a cheery disposition on the ticketing manager too. She supplied my outstanding-value punters package from her snug office with a smile and fine welcome: 22 quid for a grandstand ticket, the dish of the day in the café, a pint, a Tote bet and a racecard. Dad and Bruv eyed my stash enviously.

Inside, the stands had been dragged into the 21st century. Comfy chairs, bench seats and carpets replaced formica tables and broken bucket seats. The beer was a passable pint of Tetley’s and the dish of the day was chilli and rice. I was happy. Until I saw the pies. We had noticed people obviously queuing by the bar, but not buying anything. Then surly Sandra (she needed to get out into the sunshine) brought in a tray piled high with crusty fare. “Pies are here now!” she announced and began fulfilling the orders of those in the well-behaved procession. We all looked longingly at the firm, round meat and potato, beef and onion and chicken offerings. Though perhaps less longingly at the puce-coloured accompaniment of indeterminate state somewhere between mushy peas and East End liquor, ladled on top of the pies. The green gunge didn’t particularly appeal but I really wish I’d saved my token for one of those fine looking pies. On visual evidence I’d say better than Twickenham last week, but not quite as good as Neil Young in the Summer.

It wasn’t all about pies though. The racing offered morsels of nourishment too. We watched most of the races from the top of the steppings, squinting in to low sun, as horses lapped the compact, undulating track. Decent viewing - a nine furlong circuit meant the beasts passed the stands three times in a 3 mile event.  The addition of a large screen was welcome progress from my previous visits. It was sited in the silver ring, adjacent to the stand that I had berated as inhospitable in those student days. The building still didn’t look much. I’m sure it was lovely inside though… 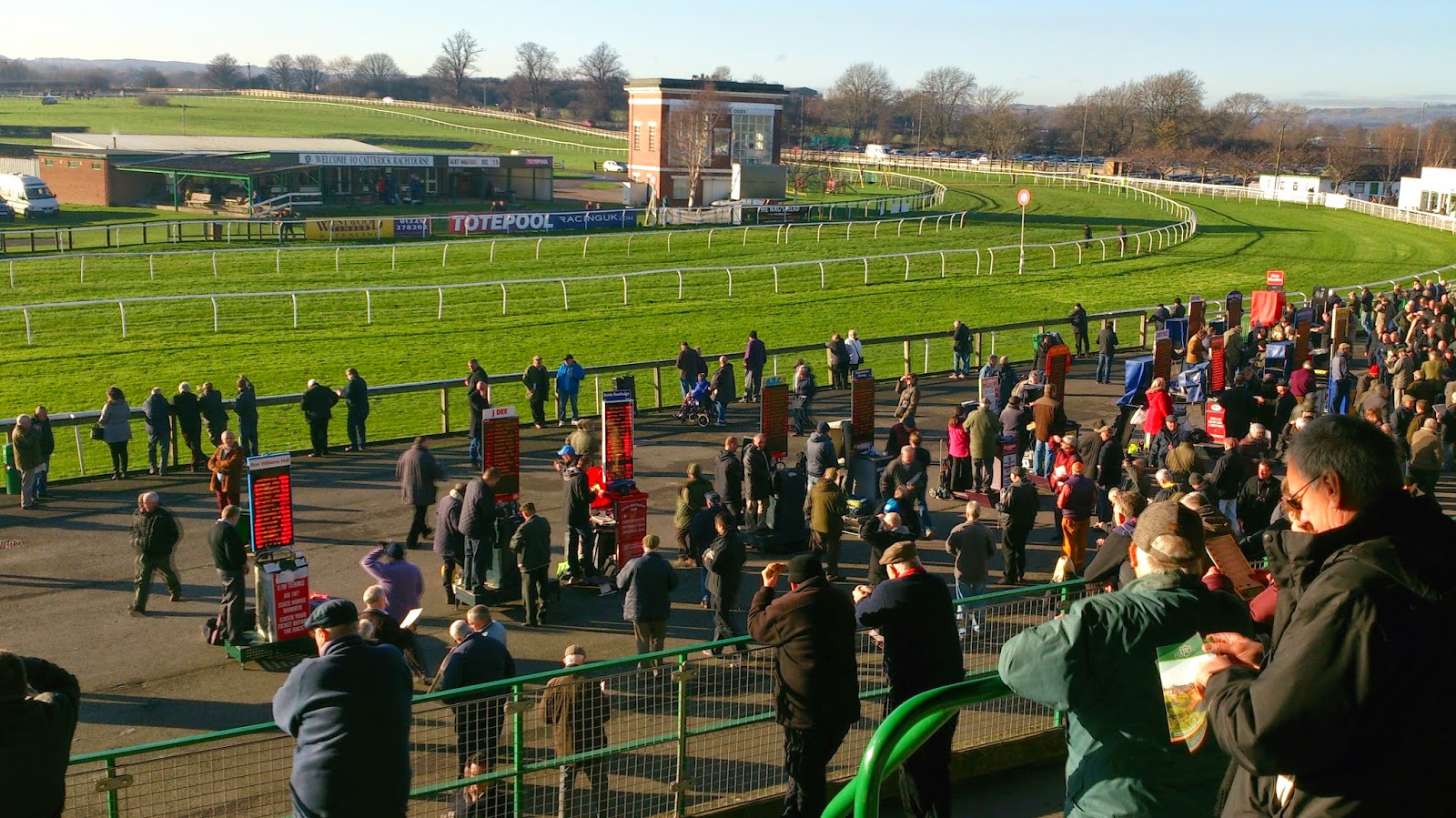 We all had winners. Sue Smith, whose horses “always improve for a fence” according to Bruv had a good day with her novice chasers.  I was on the right side of Oorayvic in the 2nd race. She also had Grate Fella later who won powerfully at a staggering 10-1. The market was made by Henderson’s Cocktails At Dawn, who went off odds-on, fell and then ran through the running rail after the line. He bucked and kicked a bit but seemed fine when the stable staff collared him. Hendo’s other two runners were also well backed but neither made the frame. 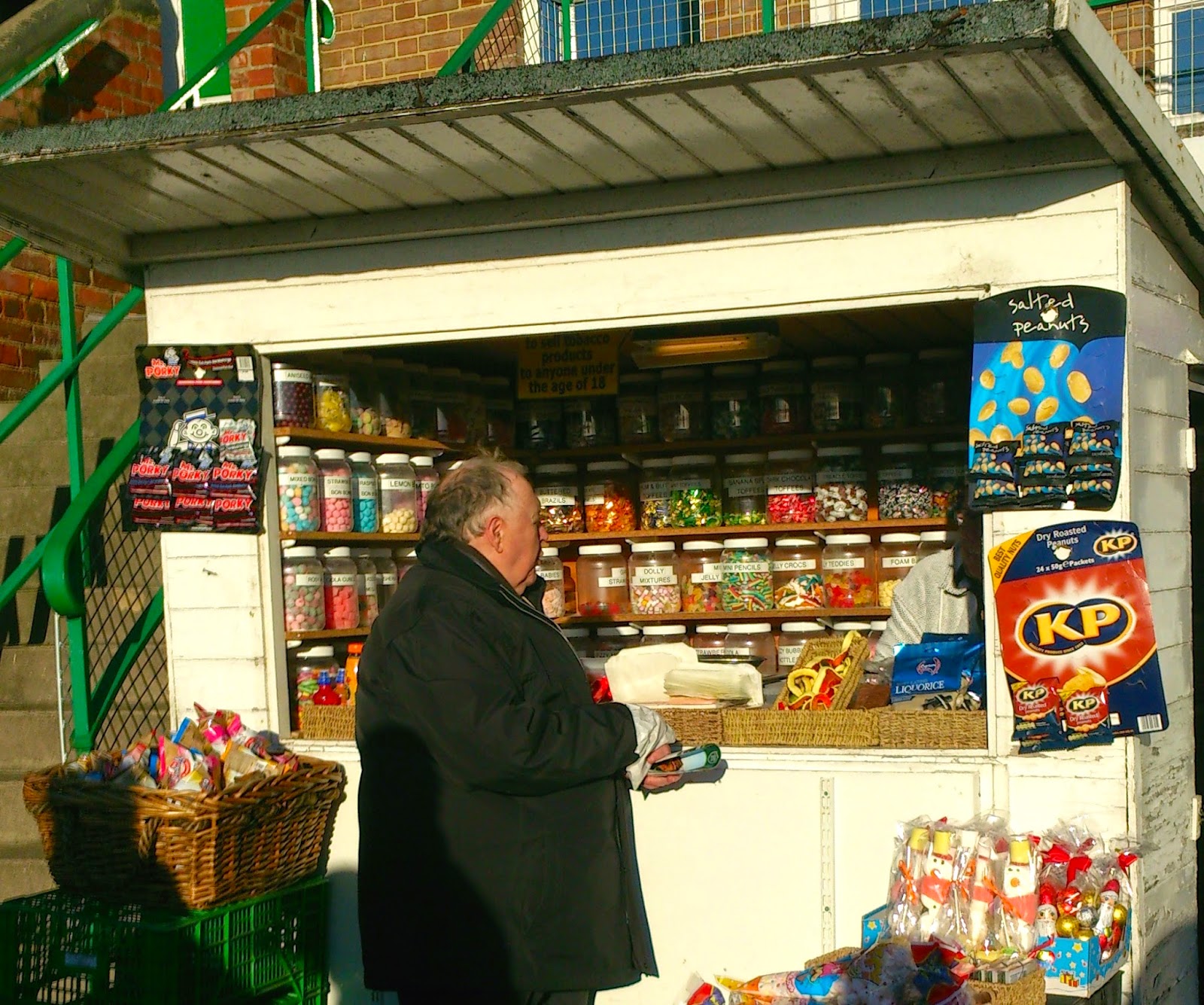 Dad and Bruv both struck in the lucky last: After Tonight looked good in the bumper. We all took away this improver from the mercurial David O’Meara as one to watch. But probably only around the northern circuit.

None of us were as fortunate as a Scottish guy sat next to us in the bar though. Cooking Fat, a flashy chestnut, won the juvenile novice hurdle in much better style than his odds of 66-1 suggested. Medicine Hat, at the same price, followed him home. This bloke had contrived to combine them in a minimum stakes exacta, paying out at 701-1. He was more shocked than jubilant. The good ladies in the Tote booth had to fleece all the other Tote windows at the track, empty the manager’s safe and rummage around the stashes in their knickers to settle his bet.

The chat in the bar was good natured, clique free and indiscriminate. Just before the Scottish exacta sting, we were debating who to back in that very juvenile event. We were looking at Scrafton. “Aye. Quinny’s got a good record here”, muttered someone. An old lag piped up “Aye. He’s here as well!” Dad picked up on that. “Quinny’s here is he?” It was echoed by a couple on the next table. Soon,“Quinny’s here” was murmuring its way round the bar. We all looked at Scrafton’s figures a bit more closely. The old lag again: “Mind you, he’s got two in this race…” 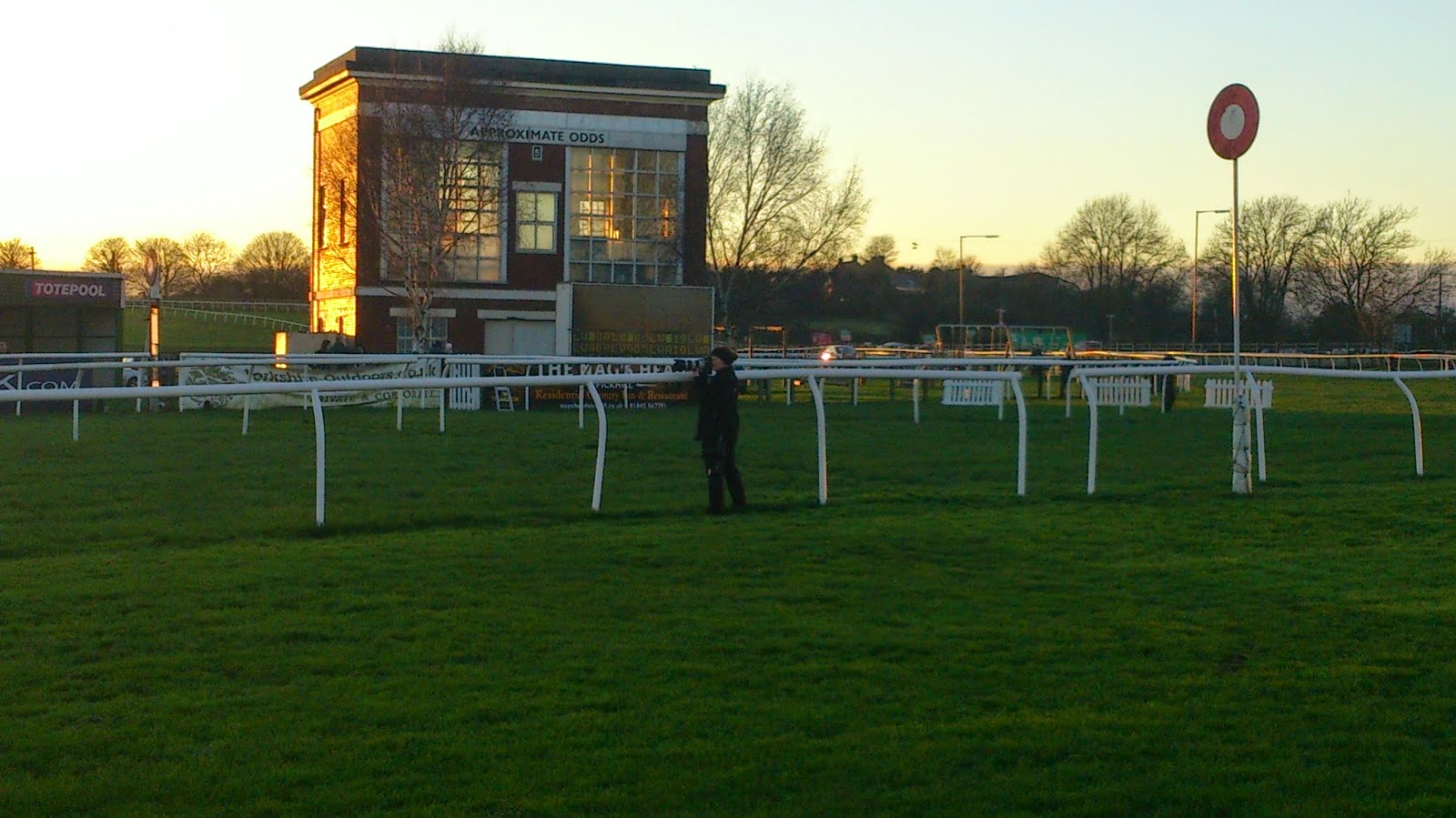 I reflected on a top day as I stood on the southbound platform back at Northallerton, watching the sun dissolve out of an orange sky above the goods line. Catterick has come far. My opinion of this well-appointed, comfortable track with entertaining, competitive racing had risen immeasurably, as it was always destined to do. The over-riding feeling was of a friendly, informal venue. Emblematic was David O’Meara, welcoming back horse and rider into the winners enclosure and yet having time to acknowledge the genuine greetings and well-wishes from departing racegoers.

And as I climbed aboard the Euston express, I recognised the sentiments, if not the reality, of a crusty farmer sat on the terracing of that 1961 grandstand, belly hanging over his worn cords like Kilnsey Crag. He could have been there since its construction. He said to an accomplice, “Well, I’ve never left Yorkshire meself. Not in all maa born days. Never seen t’need to, to be honest with ‘e”.

Three days later I was at the other end of the scale for the boys’ annual Sandown Tingle Creek trip. The fixture was blessed with the same winter sunshine as Catterick, but otherwise the venues inhabit different universes. This fixture is a perennial seasonal highlight, even if it was lacking in the depth of quality seen in previous years. I’m not sure what my crusty farmer would have made of the hen parties, mulled wine and lairiness, but thank heaven there is room for both worlds in the fixture list.