You couldn’t wish for a better crossover between the retreating flat season and the emerging sparkly new jumps campaign than the racing fare on offer this weekend.

Friday sees the dust being blown off the Old Course at Cheltenham for its seasonal curtain-raiser. My glossy brochure from those nice marketing people at Prestbury Park about the new season dropped through the letterbox a good few weeks ago advertising the track’s slickly themed fixtures. This weekend is ‘The Showcase’, followed in November by ‘The Open’ and then ‘The International’, The Trials Day’, ‘Festival’, etc. Classy Edward Whittaker photos of flying hooves and blurry silks decorate the pages in between adverts for pewter tankards, water colours of Long Run and the racehorse teddy collection. You wouldn't get that kind of tripe at my local tack. Oh no. 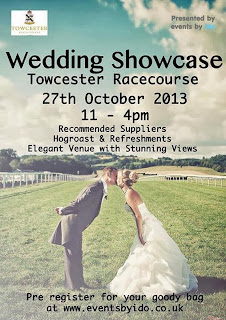 Here’s a quick preview of Friday’s action from Cheltenham Talk. Odd that only three line up for the £20k 2½ m novice chase. Decent prize for a Friday this early in the season. I'm generally looking forward to Taquin Du Seuil over jumps this season, but worry that the the ground may be against him (after getting stung in the Neptune back in March on good going). One of my 40 to follows lines up in the Pertemps qualifier at 3.15. At 12-1 I’ll be investing a little in On The Bridge. Massive improver last season, but this is competitive.

Saturday is all about Ascot, despite Cheltenham’s first Saturday fixture. I’m a fan of Champions Day. Even though it ripped the guts out of one of my favourite days on the flat. I thought the old Cesarewitch card had a great poise and breadth about it. Hey ho. Progress. Talking of balance, here’s a nice little preview from the ever thoughtful Lydia Hislop on the Ascot finale.

Sunday, then, is all about the Champion Hurdle. Seriously. The New One takes on Rock On Ruby at Kempton. Tasty.