There’s a vomiting pumpkin on the doorstep and there are seven teenagers in the living room disguised variously as Freddie Kreugers, Ozzy Osbournes and L’il Devils screaming their hearts out to Psycho and The Hole.

If it’s Halloween then its time for the final reckoning on the Summer’s side project, Twenty to Follow on the Flat. Unlike this evening’s festivities, I’m keen to keep this low key. After success over the winter jumps and a bountiful return on the flat last year, it is with some pain and a meek voice that I report a return to the red. The 20 horses yielded a mere 14 wins from 74 runs (18.9%) and a desperate £20 loss to an even £1 stake. More grim than the emo-impersonating trick-or-treater that turned up at the door tonight. Even when I analyse real (as oppose to theoretical) staking, the picture hardly improves. By avoiding bets on no-hope runners and odds-on shots, coupled with some more strategic  bets on better value prospects, I still returned a -4.5 point loss.

In truth, this project has been a damp squib all round: the weather and the non-appearers combined with some woeful selections to deliver a dreary dollop of punting misery. I can only genuinely point to one bright spot in the gloom. Mince has developed into a proper group class 6f performer over the Summer. Her trainer Roger Charlton knows a thing or two about sprinters and coaxed Mince to a streak of four straight wins and a total of 5 victories from 8 runs on all manner of underfoot conditions. A lovely filly. Too many others failed to recapture previous form (like Modun, for instance - yet another horse that bin Suroor has failed with); didn’t build on earlier glimmers of talent (Tawaasul, Thimaar, Born To Sea); or never had any in the first place (Jupiter Storm, Beggars Banquet).

If I’m looking for grains of comfort, I would argue that had the season finished on the last day of August, I would have returned a two point real wedge profit and a level stakes loss of merely £7. But it didn’t. And frankly that would be nothing to boast about. It’s just that the Autumn of this project became a tiny horror show that might rival the movies playing in the room next door. Move along now. Nothing to see here…

This is transition time in horseracing. Not just in terms of the seasons, although this weekend demonstrates that admirably: two very decent fixtures over the jumps in the shape of Wetherby’s two-day Charlie Hall meeting and the Unicoin Gold Cup at Ascot. If, and this is only a slim chance, the action in West Yorkshire and Berkshire is not quite enough to sate the appetite, there’s the small matter of the Breeder’s Cup over in California.

The retirements of Frankel and Kauto Star within a couple of weeks of each other also point to changing times in the game. I may be wrong, but it’s hard to believe we will see horses of their ability, success and popularity again for a very long time. Their departure gives us cause to marvel at their achievements and for the industry’s stakeholders to pray for new ones to take their place.

We had a trip to Yorkshire last weekend, where the most intense debate was about our 40TF jumps competition. Dad and Bruv are much more focused on National Hunt than I am and with the season zipping along nicely we were all a little fazed by the (for me typical) sluggish starts by our respective stables. Of my bunch, Get Me Out Of Here has won nicely in a graded hurdle event and has every chance of further success in what is an open-looking 2- 2½m division. Hidden Cyclone, whilst landing the odds in a decent chase at Naas, looked less convincing in bunny-hopping the last and hanging left.  Others have looked rusty, novicey and have been frustratingly beaten at short odds. I tried to move away from the obvious horses this season, but it’s inevitable that the profiles and bits of form that catch my eye will have done the same for plenty of others, including the odds-compilers.

Dad and Bruv have renewed their Wetherby membership and were looking forward to the Charlie Hall meeting this Friday and Saturday. Always an informative fixture, the track seems to have overcome its problems of a couple of years ago when bone hard ground with poor grass coverage after some A1 alterations had a massive impact on entries and quality of racing. Hopefully that’s all behind them now. The fields for this meeting look generally strong, though the Charlie Hall itself seems to increasingly lose out to the Unicoin Gold Cup at Ascot.  We can anticipate the archetypal ‘small but select’ field.

It wasn’t just the racing banter that was wild on our trip up north. On the A64 (not that far from Wetherby, as it happens) we encountered a spooky October blizzard and later visited a suitably dramatic Whitby Abbey enduring a North Sea gale. Perfect Halloween fodder. 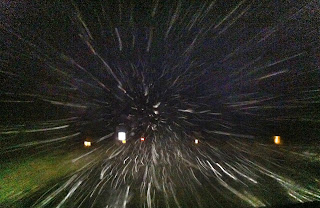 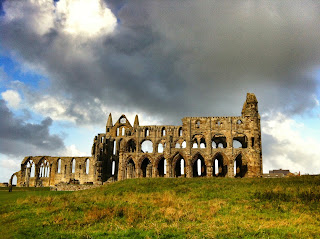