Looking Back At Me

June 15, 2012
Wilko Johnson. What a legend. I’ve been a fan since a mate introduced me to the spiky, high velocity r’n’b of Dr Feelgood when I was revising for ‘O’ levels. I’d missed the high water mark of the Canvey Island influence, of course, when the Feelgoods, Eddie & The Hot Rods and others signposted the emergence of punk.

But that didn’t stop me making up for lost time. I’ve caught Wilko’s raw, electric, manic show as often as possible over the last 20 years, taking in many infamous venues on London’s well-trodden, sticky-floored pub rock route. I nearly made it out to Canvey Island, too. But not quite. There’s an annual Dr Feelgood Weekender which would be such a blast if only it didn’t run slap bang into the Cheltenham Festival.  Despite this, I was due to go on a site visit to the Essex Riviera. I’d been doing a case study of the Canvey Island Parish Council for a local government contract. (Bet you’re envious of the day job now?) I had visions of a little trip out there, taking in the sights, recreating iconic Feelgood’s images: here’s me Down By The Jetty; and me Down At The Doctors; not forgetting me, er, next to the parish council office… It didn’t happen. Bad weather and bad luck. But I’ll make it to the Oysterfleet Hotel one day soon and pay my respects to Wolfman Lee Brilleaux and the guys.

The last few years have seen a decent resurgence in Wilko’s popular appeal, peaking with Julien Temple’s superb biopic Oil City Confidential recently. So the time was right for the autobiography. The book launch for Looking Back At Me was held the other week at Rough Trade East. I knew this was happening. I’d seen it on his very active Facebook page. But I knew I couldn’t go. I had an evening meeting in Westminster that cut right across Wilko’s appearance.

And then on the day of the launch, my evening meeting got cancelled. I was already in town, having had a morning appointment (see how professional I can sound when I try…).  So in theory I was free to go. But that meant killing another six hours in the big city. Not normally a problem, but I had my steam-driven, iron-clad laptop stowed in the backpack, insulated by a wad of meeting papers thick enough to pass off as an EU funding application. Carting that lot around all day wasn’t too appealing.

Light bulb! I rang Nick. “Do you fancy a swifty, mate? The earlier the better”. He was obliging. So that would easily take care of a couple of late afternoon hours.

In the meantime I pottered over to the Blackfriars café for a spot of lunch. It’s a pucker greasy spoon straight out of the all-human-life drawer, and one that would take very high order in the canon of Berko caffs

The time passed pretty swiftly, actually. I heaved a shovel full of coal into the laptop’s firebox and did a bit of work whilst ploughing through the monster fry up. I caught some action from Ayr races in a friendly bookies round the corner. But without any joy. The first three races were landed by favourites, though my 15-2 shot got within screaming distance of the winner in a half decent sprint. Then, on wandering over to the pub, I fired off a couple of snaps whilst impersonating your average tourist. 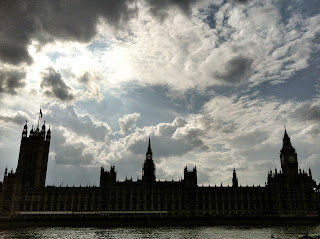 By the time Nick pitched up in the Barlow Mow, I was tucking into a pint of Doom Bar and pretending to work again. It had been a while since I’d caught up with Nick. We had plenty to talk about and set the world to rights with high powered discourse: the best barbecue marinades we’d ever made, how to paint over water stained ceilings and what sort of compact camera to buy for the holidays. Rock’n’ Roll. One pint became two and three very quickly. I was only dimly aware of the ticking of the clock. Nick nodded at the drinks and said, “Looks like you’re settling in to those”. Suddenly it had become 8.15. Best laid plans sabotaged by a bad thirst and the flow of bullshit.

I blinked into the evening mizzle. Was it still worth going to the launch? Wilko would have long finished the book signing and the following q&a, but there was to be a short live set with his band as well. I reckoned I might just about catch the end of it  if I was extremely lucky.

I wasn’t. First the Circle Line let me down. And then I forgot which way to get to Brick Lane from Liverpool Street. Was it right past Dirty Dick’s, or straight on and then right? So by the time I pitched up at the shop, after shuffling through al fresco diners sampling new bohemian curries, the place was pretty empty. I could see a few people milling about at the back of the shop, loitering by ‘U’ in the CD racks. And there was a bouncer on the door, barring the way. So. A wasted journey then.

But I thought I’d chance my arm. “Sorry mate. Closed.” A podgy, tattooed fist held the door open about 18 inches.

“What time did it finish?” I asked. A bit forlornly.

“What did you want?”

I knew I was slurring a bit, but clearly he could see that I was no regular, run of the mill punter looking for a bargain CD on my way home. I was a knowledgeable music buff, unfashionably cool and fashionably late. And a bit delusional.

So it all turned out well in the end. Wilko was signing off the last few books. It was all very low key at this end of the evening. I bought my copy and stood in line. And when it was my turn, we had a good old chat about the changing live scene, dead gigs and closed venues. “Yeah, whatever happened to The Cricketers, hargh hargh”, he drawled in Estuarian. Wilko is only marginally less scary up close than in his stage persona. But proper friendly. I noticed how his eyebrows, bushy and malevolent, moved around his brow as if battery powered, unrelated to anything he said that would have demanded such expression. A marvelous thing to behold. “You are a legend, Sir”, and I signed off with a firm and respectful handshake. I was as pleased as punch. I also managed to catch Norman Watt-Roy, inspirational bassist in the Blockheads and Wilko’s band, for a word and an autograph. Together they present a formidable aspect. Craggy features and lived in faces that betray 40 years hard labour on the road. Heroes, the pair of them.

Walking out of the shop, I felt ten feet tall. I’d absolutely loved those genuine little conversations. I was grinning, holding open the flyleaf of my book until Wilko’s scrawl in thick marker pen dried properly. I didn’t want any of “To Dave & The Cricketers. Best wishes. Wilko” to be smudged in the morning. 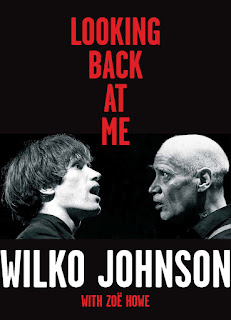 I was still feeling exultant and treated myself to a decent pint of Timmy Taylor’s Landlord in The Princess Alice on Wentworth Street and allowed myself to be seduced by the soaring jazz emanating from the Old English Restaurant next door.

The train home was busy. There was a drunk wedged in the doorway, legs curled up beneath him, burping uncontrollably. Classic signs of discomfort. Then, sure enough, although quite discreetly, he vomited on his trousers. The bloke stood nearest to him didn't spot it straight away. When he did he glanced round at me and others with a helpless expression and tried to edge away. I just looked down and thought “Don’t you dare be sick on my book”.

The train emptied out a bit at Watford Junction and I got a seat. I was horror struck to see sick-bloke stagger over and spill into the seat next to me. I passed a very tense few minutes with him losing his balance from his sitting position and grabbing my leg instead of the arm rest. He was burping again and mumbling and twisting and looking at his watch in that way that means he really, really wants to journey to end. I know. I’ve been there too many times.

At Berko, with a giant effort, he hauled himself up and out. I lost him on the stairs, but then spotted him again on the edge of the car park tucked into the back door of the chippy. Bent double. Shoulders heaving. Not pretty.

At least my book was safe.