First up, before I get to the racing, check out the eggs in the bird box! By the power of spy-cam, we’ve been able to nosy-in on a pair of blue tits building their nest outside our bathroom window. Now that the female has laid a clutch of eggs, we can expect hatchlings in a couple of weeks. 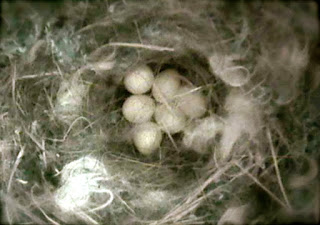 The responsibility is almost overwhelming. There are dangers everywhere: The magpie loitering on the fence anticipating a scrawny snack. Next door’s otherwise timid cat licking his lips, darting eyes tracking the birds flitting around the box aperture. I’ve ordered a catapult and intend to stand guardian at the back door when push comes to shove. Agincourt, Agincourt, Agincourt!

Next, a massive shout out to my mate Bryn who smashed up the London Marathon yesterday, despite a pair of dodgy knees and a craving for late night doners. Times have changed since I staggered round the course 14 years ago. He could be tracked live all the way round via the tag on his shoe. And on pitching up at the ExCel arena to complete the registration last week, he got a bottle of London Pride in his goodie bag. That’s what I call progress. I got a tub of marge! Move over Flora.

In other news, the digital telly switchover continues apace. I spotted this great Flickr pic of the moment that Crystal Palace marked the end of analogue services in London.
Matthew Engel, former editor of Wisden penned this great piece on one of the side effects of the digital transfer: the disappearance of Ceefax. Like Engel, I have a very soft spot for the service. It was fantastic for racing results. And for at least a decade, in the formative years of Fantasy Cricket competitions, up to date County Cricket scores could be followed in no other way. There was no TV coverage, the papers carried the previous days’ scoreboards and internet was the preserve of buck-toothed geeks in sweaty college computer labs.

I remember sitting with my brother-in-law, Chris in our Wandsworth terrace one late night/early morning after his delayed return from a construction job in Germany. We were off our faces, nursing tumblers of Jaegermeister that he’d returned with, Auf Wiedesehen-style, watching the Ashes Test Match scoreboard refresh every 30 seconds. Page 341. “Goughy’ll have taken a wicket next time it ticks over. You watch.” “No chance, England are crap”, gurgled Chris. We eagerly anticipated that slow, faltering scoreboard scroll-down from the top of the screen. “There you go. ‘lbw b Gough’ What did I say!”

Oh happy days. I think the remainder of the Jaegermeister still resides at he back of the drinks cupboard, its cough-medicinal contents now congealed into a thick brown liquorice crust at the bottom of the bottle. Maybe I should raise a nostalgic glass? Maybe not.

So what else? Well, there’s an excellent couple of days in London to report. A rare overnight trip to the big city for Mrs A and I, and without those gorgeous little girls in tow to boot! We stayed in a swish boutique hotel (no, I don’t know either. Small perhaps?) on Threadneedle Street. It used to be a Citibank so far back in the day that it was spelt City Bank then. How unfashionably conventional!  Unfashionable service too. But in a good way. We quite enjoyed seeing the staff at the formal reception tables jump up to attention every time we walked in the front door; and fetching us goblets of Bordeaux at 1am after we’d trotted round some old haunts in the West End.
I knew it was Bordeaux because earlier in the day we’d been for a wine tasting tour and dinner at Vinopolis. It was great. I learnt loads. But why did Mrs A get a good 2cm extra in her tasting glass every time we went for a sample? And why could she do that Hannibal Lechter slurpy thing over the sensitive tastebuds at the back of her mouth whilst I just dribbled down my front like a fool? And her tasting notes made a damn sight more sense than mine, too. “Canal dredge” I offered. “Vanilla, subtle olives, perhaps parma violets”, came her verdict.” Too much Greg Wallace can be a bad thing, in my opinion… 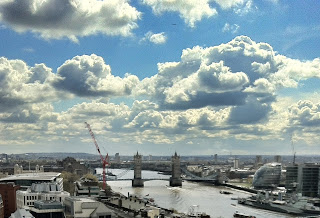 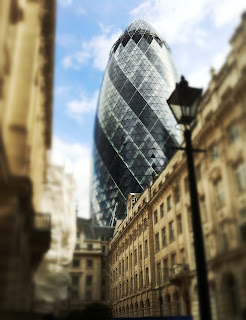 I can heartily recommend the Dickens exhibition at the Museum of London. We rounded off our sightseeing trip in the City with lunch at Galvin’s La Chapelle near Spitalfields. Proper grown up place. Wonderful food. Never before have I purred over broad bean veloute and spinach froth with soft boiled quail eggs. “That’s not a bad veggie soup”, I declared. The service was attentive, knowledgeable and friendly. Mrs A even got a crack out of the po-faced sommelier by retrieving his accidentally discarded cork from the floor. “I know you collect them”, she winked!

I’ve been quiet on the racing this week. The news has been dominated by fallout from last Saturday’s disturbing Grand National. It has become increasingly clear that the race cannot continue in its present form. I have no argument with that. Deaths this year of the Gold Cup winner and a stout stayer whom I’ve followed for years are too hard to justify. Whilst the official BHA investigation in to the deaths is on-going, I was struck by the excellence and thoroughness of Tom March's analysis of the last few renewals.

It contains a snippet of analysis that brings home to me how difficult it is to solve the safety issues in this race. One jockey opined that because the drop on the landing side of Becher’s Brook has been reduced, jockey’s all went for the inside of the fence to save ground. When On His Own tipped up, such was the congestion in a confined space that it set off a chain of events that claimed According To Pete’s life. In previous renewals, jockeys have fanned out across the fence  and away from the inside because “only the brave or the really good jumpers could cope with the drop”. An ironic instance of a broadly welcomed safety feature having the opposite impact.

The Craven meeting came and went and I hardly caught a race. But I’ve started to clock a few interesting ones that will make up my 20 horses to follow on the flat. Bit late this year, maybe, but still worth doing. I’ll have them ready for my next post. In the meantime, here’s some interesting observations from Bacchy on the early season exchanges.

And that was the news.