Head in the sand 2 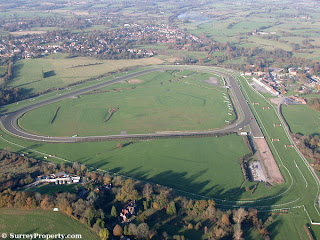 I made a repeat visit to Lingfield races yesterday to meet up with a good friend of mine, Crispin who lives very near the track. And near the station. The juxtaposition of these two locations with his house means there are often callers en route (in either direction) seeking various bits of crucial local information. For instance, “Hello mate, where’s the nearest curry house*/pub*/taxi* (*delete as appropriate). Crispin recalled a recent encounter in which a couple of likely lads knocked at the door and asked “Scuse me, have you got any playing cards?” In response to which, Crispin’s daughter happily produced a pack and wished the travellers a safe journey. “No, no, no we can’t just take them. Here, have this”, said one and proffered a twenty spot. Despite all protests and refusals, these boys wouldn’t take no for an answer and left to play snap with their very expensive cards on the train home, after - one would assume - a pretty successful day on the gee-gees!
My last visit to the track was in the depths of winter for a mid-week jumps fixture. Now, in the middle of Summer I find myself at an all weather meeting! Sand donkeys! What am I thinking of? I swear it was advertised as a turf meeting when I looked last week. 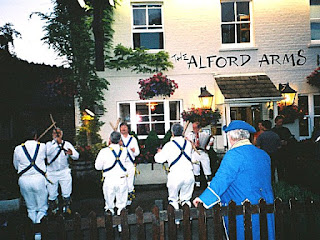 I’m here for some punting practice too. Mrs A is part of a Berko Year 8 Mums gathering. They are very organised, with a kitty and everything. This month they have decided to use the balance on the kitty as an investment opportunity. Why they don’t just buy a half-decent bottle of plonk with it I don’t really know. Instead, it is to become the stake on a horse which will win at sufficient odds to yield a return earmarked variously for spa weekends, retirement funds and sumptuous meals at the Alford Arms. Ambitious.
And how will this horse be selected? Well, my name has mysteriously appeared in the frame. ApparentIy, my mate Dave is partly to blame for this. "Why don't you give the float to Mr A to put on a horse? Maximise your wedge….expand your wonga!"  he said, or words loosely to that effect. Allegedly. This scheme was duly relayed to the group by his wife Sue, to a resounding "yes". Motion carried. Particularly Sue's sister Jill whom, I gather, said "to win I hope. None of this each way nonsense!" Hmm. Bit of pressure here.
This happened once before when I became responsible for finding a winner to maximise the office lottery syndicate’s loose change. On that occasion I turned £68 into £476 via a beautiful novice chaser out of the Paul Nicholl's yard, named appropriately enough, Tales of Bounty. 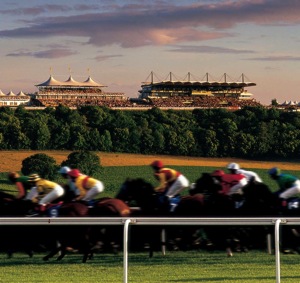 But delivering for the Berko Mums is a very different proposition, carrying a very different, er penalty structure! So, I'm off to Glorious Goodwood next week with the lads. We are eagerly anticipating the Sussex Stakes. This will be a showdown, a proper duel in the sun on the high downs, between unbeaten wonder horse Frankel and the best miler of the older generation, Canford Cliffs. That will be the day of the Mum’s Horse. I just need to find the right race, the right beast and the right bet. And then submit my advice to the group for approval!
So yesterday at Lingfield was also a chance to refine those betting instincts in the heat of battle. But what chance did I have with my head in the Surrey sand? 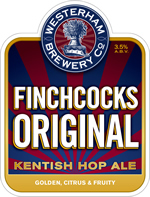 Well, it was a top day. Crispin was in fine form and it was marvellous to catch up. A couple of pints of delicious Finchcocks from a Westerham Brewery barrel mounted on the bar counter helped to neutralise the drizzle outside. The racing was OK too. There were a couple of decent maidens crammed with prospects from all the top yards and I managed to land the winner of one of the more interesting handicaps on the card. Not quite the same luck for Crispin who was unable to urge 100-1 shot Barello into the frame, despite summoning up the spirit of his Italian-based brother, domiciled in the region of the famous wine.  We left before the last race and I later found that I had landed the placepot too! Minimum stakes to a middling 20-1 return, but I’m not complaining. 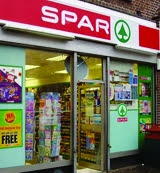 So, Ladies of Berkhamsted. You need not worry. Your kitty-float-whip leftovers will be shrewdly invested with me. You can safely book up your spa days now. On the other hand, maybe Spar daze would be wiser. I understand they have a good deal on Blue Nun right now!